Anti-biotech activists, like their fellow travelers in the anti-vaccine movement, are masters at pseudoscience. As I've previously discussed, the really clever GMO opponents put a veneer of science on their propaganda. One recent example that an anti-GMO website approvingly pointed to was so obviously absurd that I was sure it would be ignored by media. It's a paper that suggests a chemical in Roundup, a widely used Monsanto herbicide, "can remarkably explain a great number of the diseases and conditions that are prevalent in the modern industrialized world," such as "inflammatory bowel disease,obesity, depression, ADHD, autism, Alzheimer’s disease, Parkinson’s disease, ALS, multiple sclerosis, cancer, cachexia, infertility, and developmental malformations." [UPDATE: As someone puts it on Twitter, the paper "reads like it was scribbled on Glenn Beck's chalkboard."] The paper is by two authors with dubious credentials and is such a mashup of pseudoscience and gibberish that actual scientists have been unable to make sense of it. As one of them also noted, the paper is published in a "low-tier pay-for-play journal." The authors of the paper conclude that glyphosate, an ingredient used in Roundup "may be the most important factor in the development of multiple chronic diseases and conditions that have become prevalent in Westernized societies." This sweeping claim, combined with where it's made and the backgrounds of the authors (one who works in computer science), should trigger alarm bells in anyone with a functioning brain, particularly journalists on the look-out for a good story. Alas, a Reuters reporter took the bait:

Heavy use of the world's most popular herbicide, Roundup, could be linked to a range of health problems and diseases, including Parkinson's, infertility and cancers, according to a new study.

Except it's "not a study," as plant geneticist Kevin Folta noted on Twitter, and "no data was presented." When he saw the Reuters article, Folta was incredulous:

Some of his peers tweeted a similar reaction. Andrew Kniss, a University of Wyoming agronomist, wondered: "Why are they [Reuters] calling it a 'study'? There was absolutely no data." He added that the paper "carries as much scientific credibility as creationism." Hey, it was good enough for Reuters, whose uncritical coverage of it now gives the paper a veneer of legitimacy to readers (many who will use social media to share the link to the Reuters story) around the world. UPDATE: Wow, via a commenter, I've learned this about one of the authors of the paper. UPDATE: In 2012 I critiqued a similarly flawed story by the same Reuters reporter. 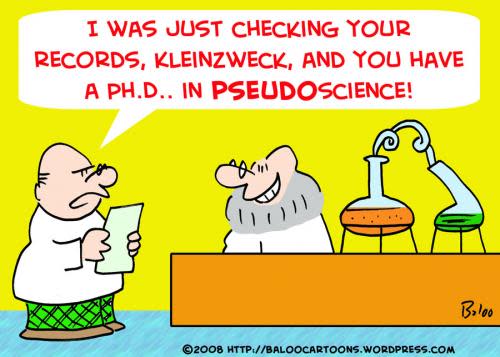