When Arctic Ice Locks up Your Submarine, It's Time to Break Out the Chainsaw

The U.S. Navy runs into an unusual obstacle as it increases its activity in the far north. 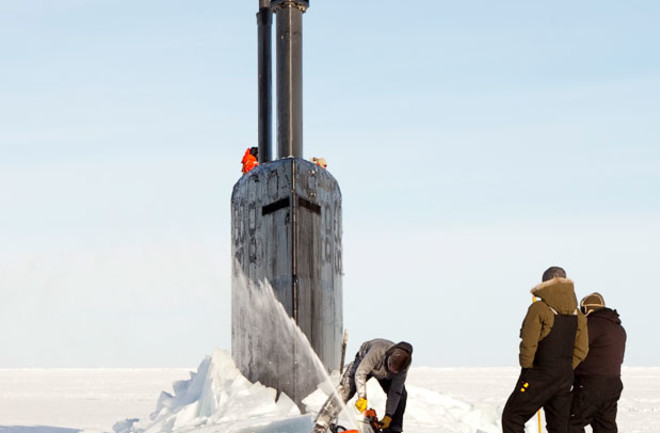 Locating subs in the Arctic is difficult because the jagged undersides of ice garble sonar tracking. So APL researchers brave –30 degree Fahrenheit temperatures every spring to test devices like Deep Siren, which uses satellites and acoustics to send messages through more than 100 miles of water. The weeklong experiments also increase the Navy’s visibility in the area. “The Arctic is governed by international agreements, but now that the ice is retreating it’s getting a lot more interesting,” says APL field engineer Keith Magness (observing, second from right). “Countries are trying to expand their coastline to claim resources, and this is one way the Navy maintains its presence.”