What Will It Take To Get People to be More Sustainable?

It will take some clever persuasion to rethink consumer consumption. 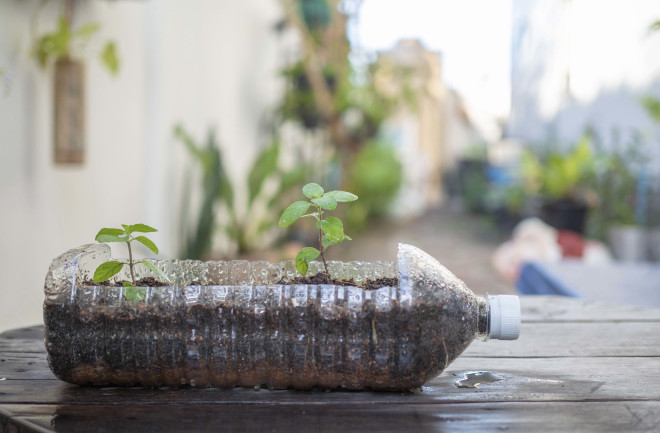 What makes people want to donate money to a charitable cause, or buy environmentally friendly products? You could ask a psychologist — but you might also ask Karen Winterich, a marketing expert at Penn State who studies how people make decisions. She has a few thoughts on how we can better encourage behaviors, like recycling, for the greater good.

Discover: So, first, let’s talk marketing. I think a lot of people, myself included, think of marketing as purely business-centric, like advertising — how to sell stuff. In your view, what is marketing all about?

Winterich: Marketing does get a bad rap for just selling stuff — and particularly stuff we don’t need. But marketing can influence behavior for better or for worse. So while the definition in a business-school sense might be that marketing is the business function that drives revenue, we can also have marketing for social good. Like public campaigns, public service announcements. It can go both ways.

Q: How much of marketing is just psychology?

A: A lot. A lot of it is trying to understand what makes consumers tick, and what will engage them. It’s all driven by the psychology of how consumers are going to respond.

It’s all about behavior and decision-making for Penn State marketing expert Karen Winterich. She works to understand consumer behavior and what it takes to make more sustainable choices. (Credit: Patrick Mansell/Penn State University)

A: There are many reasons. Sometimes the simple answer may just be that we don’t know better. But if you take that out and say, once we know that there’s a better option out there, why do we still do it? That, then, could be related to convenience, or personal benefit, or status. There are so many trade-off s that we’re making in any one decision — and they’re not all conscious. It’s really easy for us to justify our decisions with “It’s just this one time,” or “I’ll change later,” or “I recycled so I’m justified buying this less-sustainable product.” Sometimes by choosing the more environmental option, it becomes easier to buy the unsustainable item next time. We can also make a more rational argument that’s a little less self centered, when we think the less sustainable product is going to work better, or do a better job. Maybe we think the sustainable food is not going to taste as good — “My kids aren’t going to eat it because it’s the healthy version.

Q: So how are people persuaded to go for the sustainable option?

A: I think a lot of it is in the psychology — the marketing of it. I won’t claim that every single environmental product is equally effective, but a lot of it really is misperception. We have to demonstrate to consumers that [the products] aren’t any worse — and maybe even better. That said, just educating consumers doesn’t always work. A lot of decisions are just made in the moment, so we have to give consumers the opportunity to buy the sustainable option — which may be not buying — and I think that’s a really big shift from traditional business and marketing. And that will take time, both on the business end and on the consumer end.

Q: Companies promoting not buying stuff probably isn’t very profitable — so whose job is it to encourage people to not buy stuff?

A: It’s definitely not a traditional business model. But I think we do see companies now that are getting on board, recognizing that the business model can change — we can still be profitable, we can still run a business. For example, maybe we’re renting products, like clothing, or cars. It’s not ownership, and it uses fewer resources. Consumers are still getting their needs met. We just don’t need as many million produced, because we can share them. And so we have to recognize there is a viable business model in that.

For instance, if we produce higher quality goods that last longer, consumers might be willing to pay more for them. Repair services can come into play. Even if it’s the same consumers keeping the same product, if it’s a for-a-fee repair, you’re still making some money off of that, making the customer very happy and loyal with your brand. Companies could buy back products that consumers are done with and refurbish them to resell. Or if we’re talking about appliances, phones, electronics, computers — if they start to make them more modular, companies could take apart the key components, like the precious metals in them, and reuse them to build the newer version.

Q: As a researcher, how do you test your ideas on decision-making?

A: Generally, when I have an idea, I start out trying to test it in what I would call a “clean” setting — an experiment manipulating and controlling different factors that the participant can’t see. So if we shift this one variable — if we shift the price of products, if we change the description of the products, or what the ad says — does it change what people will buy? Does it change if they’ll recycle or not? Then, once I find that in the lab, what I really like to do is to go out into the field and test the idea. And that’s when it gets messier. That’s why I say the lab experiment is “clean” — because you can control for lots of different things. But if you can still find the effect in the field, when there’s all these different factors in the environment, then I can be more confident that the results are robust.

Q: Do you have a favorite example of a lab study that you confirmed with a field study?

A: I think one of my personal favorites was when we found that photographing keepsakes makes people more likely to donate them. We first did a bunch of stuff in the lab, like having people take a picture of a special possession and asking if they’d be willing to donate it. But then we went out during move-out week in the [university] residence halls and put up flyers asking people to donate while they were moving out. They either said something along the lines of, “We’re having a donation drive, take a picture before you donate,” or just, “We’re having a donation drive, clean out your room and donate.” And we got more stuff donated when we cued them to take a picture, just from that little ad. We did the experiment twice, and it worked both times. Taking a picture is such a simple thing, and it really helps us, psychologically, to get rid of stuff that we care about but aren’t using.

Q: Why are people so bad at recycling, and why does it matter?

A: They’re so confused! I’m confused and I study it! I think there’s a little bit of hopelessness, and people are overwhelmed and genuinely don’t know. They want to do the right thing. But then they err on the side of “I’ll try to recycle it,” and while that seems helpful, it can actually be rather detrimental because it can shut down the whole system at times. We’ve had such heavy contamination rates — meaning that what we put in the recycling bin is not actually recyclable or it’s not clean enough — that other countries are no longer taking our recyclables because they’ve lost so much value. And even if you took these other countries out of the equation, it’s not as valuable to the companies in the U.S., either. If you don’t have a clean stream of recyclables, it’s too costly to turn it into new materials.

Q: What are some of the things you’ve found that can encourage people to recycle more?

A: One of the really exciting and simple things we’ve found is that consumers don’t naturally tend to think about what a recyclable can make. Which means they’re not thinking, “If I put my empty water bottle in the recycling, it could turn it into something new.” But we’ve found that when you have advertisements or PSAs asking you to recycle, and they cue you to think about giving that plastic bottle a new life, that can be more motivating to consumers. Let the bottle turn into a fleece jacket. Or another water bottle. Or a park bench. It might sound obvious since that’s, by definition, what a recyclable is, but in our everyday life, we just view the recycling bin as another trash bin.

Q: What does it take to inspire people?

A: Inspiration is a combination of awe and the motivation to act. We’re awed by the fact that our empty bottle could turn into something else. Maybe it’s not awesome to the same degree as looking at an amazing sunset over the ocean or something, but it’s just, “Wow, I never thought of that,” that makes us pause, and then be motivated to be a part of that. And that leads us then to go that extra 5 feet to the next bin to toss in our water bottle and recycle it.

A: I’m not going to say it’s never effective to be negative. But when the message is that if you don’t do this, you’re killing the planet, people don’t like that. They learn to block it out because they feel like there’s nothing they can do. So being positive helps, but it also has to be a concrete positive: What are the realistic, action oriented steps I can take to feel like I’m making a difference? Because we have to feel like there’s hope, otherwise we have no motivation.