Scientists say that we’re a critical junction when it comes to plastic production. Meanwhile, it’s increasingly clear that these materials threaten the environment and our health. 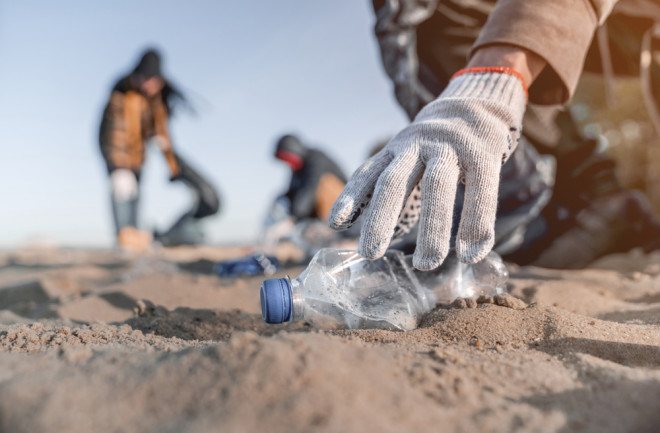 It’s probably one of the most famous grains of advice for the future: “Plastics.” But in the 1967 film The Graduate, Benjamin looks puzzled when he hears it. "Exactly how do you mean?” he asks. “There’s a great future in plastics,” the older man says.

As it turns out, we’re now facing a dark one. Five decades later, these once-promising materials have increasingly threatened the health of our bodies and our environment. It’s now evident that plastic containers shed chemicals that make their way into our food and drinks, possibly risking breast and prostate cancer. Meanwhile, researchers have found microplastics in seafood and drinking water, which may damage our organs.

Single-use plastics alone devour up to $120 billion in the global economy every year, the Pew Charitable Trust research notes. That’s because its productive value immediately disappears when transformed into waste, much of it befouling oceans.

In fact, plastic is “the evil twin of climate change,” says Susan Shaw, biologist and founder of the Shaw Institute in Maine. Planet-warming greenhouse gases have understandably gotten more attention in recent years, she says, but they’re deeply intertwined with the rise in plastic pollution and manufacturing. Plastic goes hand in hand with oil and gas production, she says, because petroleum processing opens the door to low-cost plastic manufacturing. This enables a rise in plastic-producing capacity, particularly thanks to the boom in cheap natural gas.

Shaw explains that so-called cracker plants use leftover methane from the petroleum refining process and break it up into the molecules for ethylene, which are used to make plastics. With the growing demand for plastic – and an expected decline in fossil fuels – companies like Shell see this as their path into more profitable markets.

Overall, much of the increase in plastic production comes from petroleum makers’ broadening their business strategies, says Sarah Baulch, co-author on the Pew study. Concerningly, it also represents a growing chunk of the carbon budget. Under current trends, GHGs from plastic will increase from 3 percent to 19 percent of the carbon budget by 2040.

In other words, we’re heading in the wrong direction. But the Pew study actually points out two possible futures: a continuation of current swell in plastic production, or a possible reduction. Optimists point to growing public awareness of the problem and commitments by governments and companies to reduce plastics. So, which route will the world economy follow?

The business-as-usual scenario isn’t looking good. According to Pew, the flood of plastic surging into the world’s waters is on track to more than double from 11 million metric tons in 2016 to 29 million metric tons by 2040 — enough to cover every yard of the world’s coastlines in more than 100 pounds of plastic. Current commitments by industry and governments would barely make a dent, promising a mere 7 percent reduction by 2040.

The pandemic-driven surge in online shopping and packaging has only added to the problem, Pamela Geller and Christopher Parmeter point out in a New York Times opinion piece. Amazon’s sales globally spiked 38 percent in 2020 over the previous year, when the company used an estimated 465 million pounds of plastic packaging. Up to 22 million pounds of such packaging ended up waters worldwide in 2019, according to the nonprofit Oceana (Amazon contests those numbers). And a stroll down any Whole Foods aisle shows the “ubiquity of single-use plastic packaging — from the produce section, where you can find pre-cut fruit in plastic containers, to the deli counter, where your sliced turkey is placed in a plastic bag,” Geller and Parmeter write.

COVID-19 has also underscored the confusing public messaging around plastic’s dangers. The proliferation of masks (with a middle layer of polypropylene) and medical equipment gives the material a sheen of respectability. “We just think it’s a clean material,” Shaw says. “It has very good PR.”

Despite its positive reputation surrounding medical use, plastic is actually toxic, Shaw notes. Chemical additives used to soften plastics shed as a product wears down, seeping into the air and inside people’s homes. That’s one way in which tiny, harmful particles end up in the body. Studies have even found microplastic particles in the human placenta. “That says we have a lifetime exposure to plastic in children who are born today,”Shaw says.

The plastic substitutes they saw with the greatest potential for scaling to commercial use included compostables, paper and coated paper products. “These are well suited to the harder-to-solve flexible plastic format and demand,” Baulch says, but substitutions need to be addressed case by case. The Pew study suggests coated paper for recyclable wrappers for snack bars, and banana leaves could replace containers for compostable takeout boxes.

Even the world’s heftiest polluters have responded to increasing pressure from environmental advocates. A 2020 survey from the nonprofit As You Sow showed that five of the top 10 polluters, including the Coca-Cola Company and Nestlé, had shifted gears and ranked among the top scorers on a packaging sustainability scorecard.

Amid global commitment by top companies, the Pew researchers forecast tangible benefits if we improve consumer behavior along with recycling and waste disposal, strategies that could contribute to an 80 percent reduction in plastic use. They also suggest advances in manufacturing biodegradable and water-soluble plastics, producing plastic from organics, and disposal using plastic-eating enzymes.

Recognizing public demand, for example, Amazon could take concrete steps like respecting consumers’ demand for plastic-free shipping, developing more economic incentives to move away from single-use plastic, and introducing packaging that breaks down safely on land and in water.

Consumer advocacy to influence businesses is key to making the transition happen, Baulch says, and can unlock investor money too.

Government action is also crucial in weaning off plastic. For instance, the Break Free From Plastics bill that was first introduced in 2020 and re-introduced in Congress this March would shift recycling responsibility to producers. This would mark a crucial pivot from past consumer-focused initiatives: It sets forth requirements on waste and recycling systems and deems certain industry producers fiscally responsible for collecting, managing and recycling (or composting) their products.

Pew plans to repeat its analysis, which could contribute to a wider understanding of plastic’s twofold risk — to the natural world and human health — that Shaw says can catalyze change. “I think we're at an inflection point with plastic,” Shaw says.

More From Discover
Mind
The Controversial Condition of Sensory Processing Disorder
Mind
Your Navigation Skills Depend on Where You Grew Up
The Sciences
How Humans Perceived Lightning Throughout Time
Health
Breast Milk Alternatives Aren't a Modern Invention
Mind
How to Stay Sane While Working Remotely
Planet Earth
City of Gold: The Continued Quest for El Dorado
Recommendations From Our Store
My Science ShopDiscover STEM Kits
My Science ShopDiscover 2022 Calendar
My Science ShopStrange Science
My Science ShopElements Flashcards
Shop Now
Stay Curious
Join
Our List