Welcome to the Sixth Mass Extinction

It's the end of many species as we know it. And we're the responsible ones. 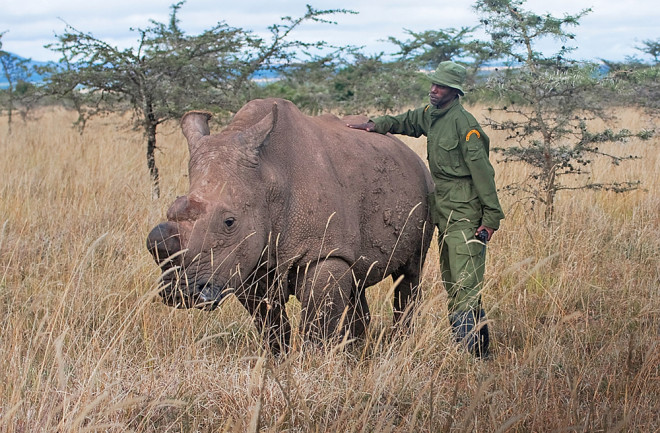 Aging and solitary, a rhino named Sudan became a minor celebrity in 2015 for a sobering reason: He is the last remaining male northern white rhinoceros. Since he’s too old to reproduce, and his female counterparts are unable to give birth, the survival of his species hinges on human intervention: fertilizing eggs with frozen sperm and implanting the embryo in a young southern white rhino. But the odds of success are low, and Sudan likely won’t live to see the outcome. — Alyssa Favreau | Jan Stejskal/Ol Pejeta Conservancy

Scientists have warned for years that we’re heading toward a mass extinction. A June study offered the most damning evidence yet that the sixth great extinction is underway — and that it’s driven by us.

Even using more conservative estimates, lead author Geraldo Ceballos of the National Autonomous University of Mexico concluded that species are vanishing up to 100 times faster than they would without human impacts. We are “precipitating a global spasm of biodiversity loss,” he wrote in the Science Advancesstudy.

Climate change is an increasingly significant driver of that loss, according to a separate analysis published in Science in May. University of Connecticut ecologist Mark Urban, who reviewed 131 studies predicting the effects of warming on plants and animals, found that extinction risk accelerates with every degree of temperature rise, as habitats become uninhabitable. If greenhouse gas emissions continue unabated, he says, by 2099, 1 in 6 species will face the prospect of extinction.

In the past 500 years, many vertebrate species have perished, primarily due to hunting and loss of habitat. This graph, from a Science Advances study, shows the increasing percentage of animals lost over time, compared with the losses that would have occurred naturally (dotted line). | Geraldo Ceballos et al./Science Advances/June 19, 2015/10.1126/sciadv.1400253

Living in a world with fewer species creates a human crisis as well as an ecological one, researchers warn. Biodiversity is essential for human health, economies, food production and cultures, notes Paul Ehrlich, co-author of the Science Advances study. “We’re sawing off the limb that we are sitting on.”