Washing Pollution Away with Golden Showers

The Friends-inspired rumor that urine can relieve a jellyfish sting provided more comedic value than useful first-aid advice, but there are actually many practical applications for that yellow waste product. Ancient Egyptians and Aztecs rubbed urine on their skin to treat cuts and burns, while the Romans used it as a bleaching agent for cleaning clothes and teeth. And now, it may help fight global warming. 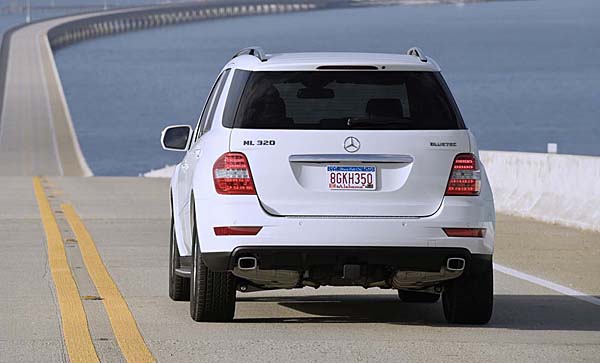 The key ingredient of urine—urea—is the basis of Mercedes-Benz’s clean diesel AdBlue technology. The urea-based solution (32.5 percent high-purity urea in demineralized water) is already available in Europe, and has finally made its way to American soil in the behemoth ML320 BlueTEC SUV. To work its magic, the urea-based solution whizzes into the exhaust stream, where it converts 80% of the nitrogen oxides into harmless ammonia. (Diesel engines produce less carbon dioxide than gas cars because they're more efficient, but they unfortunately produce more nitrogen oxides. With this problem handled, more Americans would be able to switch over to diesel.) In case you're wondering (and really, who wouldn't), peeing into your exhaust stream won’t work. While urea is the primary waste product of urine, it’s typically only 2–2.5 percent of the entire load.