Amazonia becomes savanna. The Sahara? No one knows.

Global warming won’t just melt ice caps; it could create whole new biomes—major ecosystem types like forest, desert, grassland, and tundra—say climatologists led by John Williams at the University of Wisconsin at Madison. Williams and his team used computer models to predict what will happen to the world’s ecosystems as temperatures rise.

When the researchers plugged in a global temperature increase of 1.8 to 4.5 degrees Fahrenheit, a moderate estimate of the world’s expected change over the next 100 years, the models predicted landscapes the likes of which we’ve never seen before. “By the end of the 21st century, large portions of Earth’s surface could experience climates with no current analogue,” says Williams.

Surprisingly, the ecosystems most vulnerable to major biome shifts are the already hot regions around the equator. According to Williams’s model, for example, the Amazon rain forest is toast: By the end of the century, and possibly even by midcentury, tropical rain forests will be taken over by savannas—the next hottest biome—their lush trees replaced by expanses of tall grass. Williams and his team also predict big changes in the Sahara—but because the desert is already the hottest biome on Earth’s surface, there is no existing ecosystem to provide a guess at what an even hotter Sahara might look like. Changes in the cooler latitudes will be only slightly less extreme.

“We know there’s been biome displacement in the past, but those processes typically take hundreds or even thousands of years to play out,” says University of Wyoming ecologist Stephen Jackson, a colleague of Williams. Predicting exactly how plant and animal communities will change is close to impossible because of all the variables involved.

“We’re going to see this process where the existing biome undergoes some sort of collapse. That collapse may be relatively gradual, or it could be instantaneous. It could be a fire that lasts a couple of days and wipes out whole areas,” says Jackson. “The uncertainties are really the scariest part.” 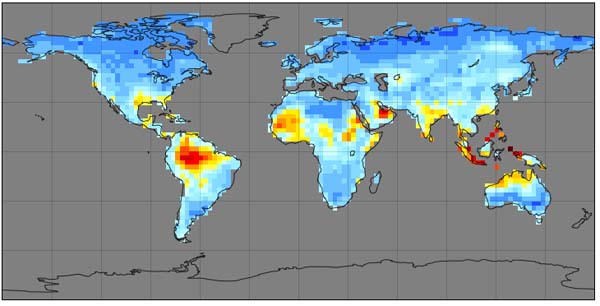 First Evidence Of A Planet In Another Galaxy

Planet Earth#BlackInNature: How Young Scientists are Pushing for Equality
Recommendations From Our Store