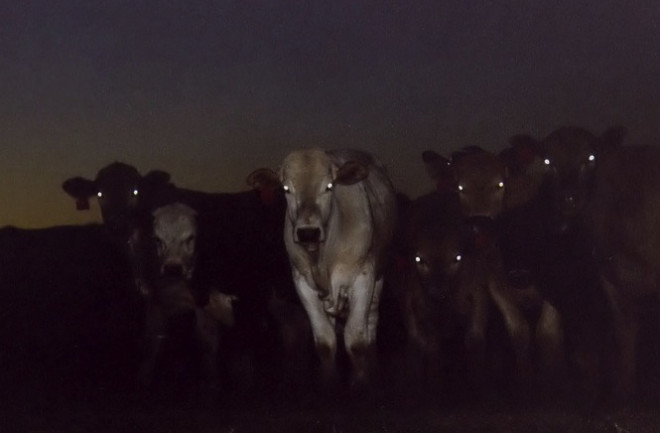 When environmental engineer David Cwiertnybegan analyzing the fate of an agricultural chemical called trenbolone acetate in streams across the United States, he and his colleagues stumbled into a B-grade horror film starring a vampire steroid.

Beef cattle producers across the U.S. rely on trenbolone acetate to bulk up their animals. During digestion, the steroid breaks down into metabolites, which cattle excrete in urine and manure. Early studies showed that these metabolites degrade quickly in sunlight, leaving only their chemical building blocks in feedlot runoff. So while exposure to trenbolone metabolites is known to interfere with normal hormone functions in lab animals, the sun-degraded steroid was believed to have a small and short-lived environmental footprint. The FDA gave its stamp of approval to this synthetic testosterone in 1987, and it is still the only one on the market.

But a growing number of studies indicate that something in agricultural runoff is acting as an endocrine disruptor downstream, causing, for example, female fish to develop male traits. Trenbolone made the list of suspects, and Cwiertny found that it may not be as innocuous as once believed.

Cwiertny, an assistant professor at the University of Iowa, and his colleagues put the steroid’s metabolites in water and exposed them to 24-hour cycles of light and darkness. Light degraded all but the last 5 percent of the chemical, whose structure remained surprisingly similar to the parent molecule. Cwiertny realized the metabolite tweaked its structure for a daylight disguise and shape-shifted back to the original chemical under cover of darkness.

“Like a vampire, it’s more happy at night than in daylight,” Cwiertny says. The results, published in Science, strengthen the suspicion that trenbolone may be one of the culprits, but more research is needed to say for sure. “We have to be really careful thinking about the fate of chemicals in the environment,” Cwiertny says. “We can’t just watch them disappear and assume that means everything’s OK.”