There are big rumblings in the climate wing of the environmental movement. I felt them several weeks ago while reading this post ("Why are Obama and Salazar pushing a massive expansion of coal production") and thread. Much of the anger from CP readers was directed at President Obama. Comments ranged from looney (Obama is a manchurian candidate) to exasperation (Obama"doesn't get it"). But two major themes emerged from the 100+ comment thread: 1) betrayal (Obama is "not the man I voted for" and 2) punishment, as reflected by this commenter:

All I can figure is that Obama wants to make sure that environmentalists never vote for another Democrat again for the rest of their lives. I think it's about time that we contribute to and vote for politicians who are on our side.

Which brings me to this current piece by David Roberts at Grist, headlined:

Roberts suggests that Big Green groups shift their strategy from Inside the Beltway lobbying (on specific environmental causes and issues) to an overtly political, in-your-face approach. Leaving aside that this would require a fundamental revamping of mission statements by Big Green (which, given their corporate sponsorships and cozy ties to politicians, is not about to happen overnight), how would such a green political machine be funded? Roberts advises that

green groups all contribute to a common electoral fund. Build up, say, $300 million or so. Be public and explicit about what the money is for: not ads, not canvassing, not clever websites, nothing except primarying the next Dem who f*cks with them on a big priority issue like EPA climate regs. It's just a big, loaded primary gun. And then ... use it. Take somebody out. My personal suggestion would be the loathsome Joe Manchin. Or if that's too big a target to begin with, start smaller, with a few state attorneys general, mayors, even school board members. Collect some scalps and work up the food chain.

There is liberal precedent for this kind of scalp collecting and it can be summed up in two words: Ralph Nader. Don't get me wrong: I'm all for a legitimate (and rational) third party in U.S. politics that fits somewhere between Tweedledum and Tweedledee. But it doesn't sound like Roberts is going down that road--yet. He just wants to see Democratic challengers that run on truly climate-centric positions. Well, good luck with that limited plank. I'll believe it's a viable strategy when I see global warming concerns reflected in grassroots emotion and organizing that such challenger candidates can tap into. Not a one day event. Finally, let me ask: how does this scalp-collecting, "work up the food chain" strategy dovetail with the we-only-have-a-limited window to act on climate change warning that I've been hearing for years?

Planet EarthThe Taj Mahal: Can India Save This Corroding Beauty? 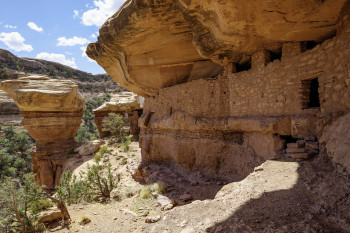