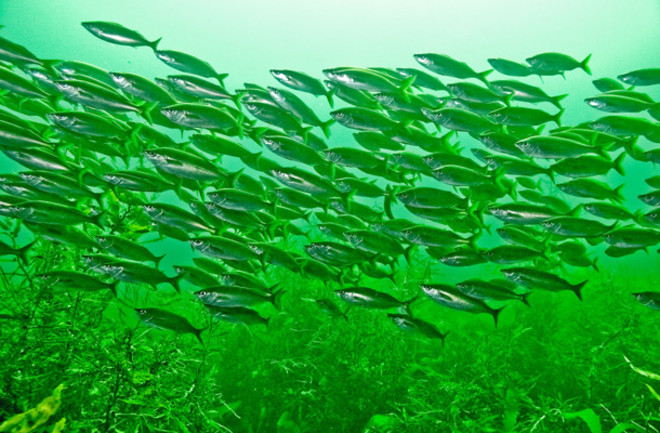 Scientists from New Zealand's Department of Conservation and the National Institute of Water & Atmospheric Research say they have may have found more than 20 new invertebrates and six new species of algae during recent surveys in partially protected waters known as a "China Shop" (so-called because of its fragility) off Fiordland located at the south-western tip of New Zealand's South Island. "Fiordland is still relatively untouched," reports project leader Dr Trevor Willis of NIWA.

"We probably know more about the marine life of Antarctica than this unique area on our own doorstep." Sean Handley, the marine ecologist who took this photo writes: "George Sound is one of the Northern fiords in a very remote part of South-Westland New Zealand. The team of 13 crew on our trip from NIWA and DoC were blessed with great weather, and with us doing 3 dives a day for 14 days, we felt privileged to dive in such a magnificent part of our country. This shot was taken as I was ascending at the end of the dive. The water appears green in colour as there is a freshwater layer stained by tannins and phytoplankton, which typically floats atop the seawater in shallow depths in most of our fiords."