Theoretical Metamaterial Could Protect Buildings From Earthquakes By Dissipating Energy 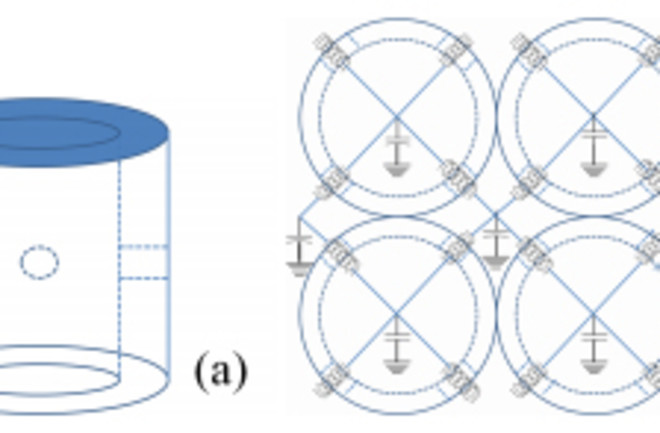 Metamaterials---materials engineered to have optical, thermal, or other specific properties naturally occurring substances don't---can block, bend, and otherwise manipulate all sorts of waves: they can, at least in theory, twist light to render objects invisible, contort ultrasound waves to hide things from sonar, and disguise the telltale wake of a submarine. Now, in an arXiv paper, Australian and Korean researchers have suggested another wave-altering use for metamaterials: protecting buildings from earthquakes' powerful seismic waves. Rather than bending or deflecting the waves, as most metamaterial cloaks do, the proposed earthquake barrier would dissipate the energy from the waves, causing them to taper off---and protecting the building it surrounds. The barrier would be composed of large concrete tubes with holes in the sides, sunk in the ground around a building; the paper looks specifically at circular tubes (see above), but cubic or hexagonal tubes, the researchers write, would work too. A full barrier, enveloping a structure's foundations with many tubes, might measure 200 feet across, they suggest.

Since this method of seismic protection would require some space around the building, as the illustration at left depicts, it wouldn't be much use in cities or other densely packed areas. It could be useful, however, for more isolated structures, the scientists point out, including "power plants, dams, airports, nuclear reactors, oil reﬁning complexes, long-span bridges, [and] express rail-roads." And as for where that seismic energy goes after the barrier dissipates it, the scientists say it would turn into heat and sound. As Technology Review's arXiv blog points out, that's an extremely large, unspecified amount of energy---and the researchers don't offer numbers suggesting concrete could handle that sort of heat or sound. If it can't, the barrier might protect a structure from an earthquake only to damage it with a blast of sound waves or heat. [via Technology Review]