A power station eats up dirty landfill and churns out clean electricity. 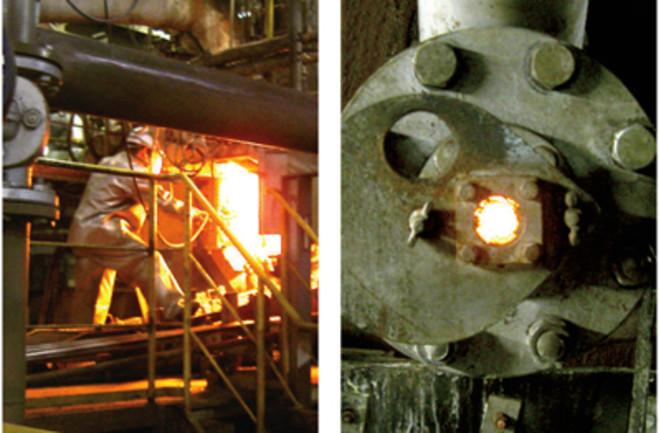 Plasma turns garbage into gas that powers a turbine at a Japanese facility. | Images courtesy of David Cyrano/Nature

What could be better than a power station that eats up dirty landfill and churns out clean electricity? One facility in Utashinai, Japan, has been doing just that since 2003, using plasma—an electrically induced stream of hot, charged particles—to process up to 220 tons of municipal solid waste a day. Now a bigger and better $425 million plant is scheduled for completion by 2009 in Saint Lucie County, Florida. The operator, Atlanta-based Geoplasma, expects it to generate 160 megawatts of electricity—enough to power 36,000 homes—from a daily diet of trash.

At the plant, garbage will be superheated to more than 10,000 degrees Fahrenheit—about the temperature of the sun’s surface—by a NASA-developed plasma torch. Organic components will be gasifed by the heat; the inorganic remainder will be melted and removed. Syngas, a mixture of carbon monoxide and hydrogen, will be extracted from the gas output and used to drive turbines and generate electricity. Gases from the plant will be processed to remove dangerous compounds like dioxins, and the company pledges that emissions will be well under state and federal environmental limits. Heavy metals from the inorganic dross will be collected and sold as scrap.

Geoplasma hopes to do better than the Japanese facility, which generates just enough power for internal consumption. Operators there say that a chronic shortage of trash and unfavorable electricity prices have hampered the plant’s operations. The Florida facility, however, will be built right next to a large landfill, which the company will dig into at a daily rate of 1,000 tons—along with 2,000 tons of brand-new trash to be trucked in. Geoplasma is negotiating contracts to sell three-quarters of the electricity generated by the plant to a utility company. “It provides a solution to two growing problems for communities: increased waste and the need for more energy,” says Geoplasma president, Hilburn O. Hillestad. “Garbage disposal problems and rising energy costs have driven the economics of a plasma arc solution beyond possible to necessary.”