The Trouble With Conservationists

The thing about conservationists is that although many of us begin with the best intentions, we align ourselves with groups competing for the same limited resources. Overlap of of issues leads to inefficient investment of time and energy as repetitive efforts concurrently strive to accomplish similar goals. Last year, I would often take meetings from my Senate office with different lobbyists sharing the same principle mission who were clearly not communicating with one other. The result was conflicting messages confusing to Congressional staffers. And there's no question that scientists lose credibility when the preceding meeting's expert came with an entirely different priority or perspective. I guess that's a big part of the trouble with conservationists. Communication breaks down quickly so we become disjointed with far too many opinions of the best approach. We undermine our efforts by pointing fingers at each other when we should instead be presenting a unified voice and message. I think it's time we try organize based on allegiance to a cause rather than an institution. I expect we'll accomplish far more when we're collectively on the same page. And this weekend's a promising start... 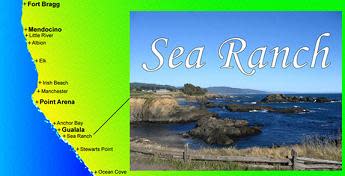 I'm off to California for a gathering of some of the brightest marine scientists I've had the pleasure of working with. The 2006 Legislative Knauss Sea Grant Fellows are converging at Sea Ranch to reconnect seven months after leaving our offices on Capitol Hill. The eight of us have dispersed across the country to federal and state agencies, NGO and university groups, and Senate and House committees so the coming days will provide the chance to catch up and share ideas over hiking and diving for abalone. We'll be able to think about where practical opportunities exist now in marine conservation and more importantly learn who is doing what and where we overlap and may potentially collaborate. You see, honest and open communication is a very simple and reliable approach when there is mutual trust and respect. If only more in government and beyond recognize its utility, just imagine what might be possible... I'm about to board my plane to that other coast, so leave you now with a literary tribute to conservationists everywhere after the jump: 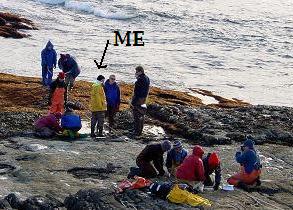 Some are sad. And some are glad. And some are very, very mad. From there to here, from here to there, conservationists are everywhere. Where do we come from? I can't say. But you bet we'll come a long, long way... and with that, I'm off to Sea Ranch today. 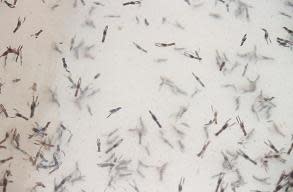