The Sounds of Science 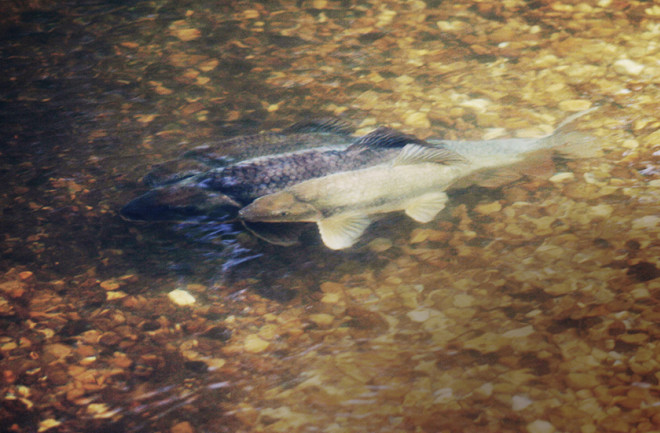 When it comes to making new discoveries, some scientists are all ears. Whether from a star’s sighs or a forest’s murmurings, the sound waves these researchers study tell them things their eyes could never see, providing information about the past and even the future of their varied research.

Music of the Stars

Gases dancing deep within stars create ultralow-frequency sound waves, appearing as rhythmic changes in brightness and temperature. Observing 34 young stars, an international team of astronomers learned the waves can reveal the stars’ relative ages and other traits — and so provide a valuable tool to explore the evolution of the universe.

It’s hard to think of plants as being good listeners, but they do respond to sound waves, especially when hungry insects are involved.

Researchers at the University of Missouri played a recording of munching caterpillars — and their broad range of sound waves — near the plant Arabidopsis, which is considered to be the lab rat of the botanical world. Plants exposed to the sound produced larger amounts of anti-insect chemicals than plants that weren’t.

Melting glaciers are not only sights to behold, but also are full of groans, creaks, cracks and splashes. After a glaciologist from Alaska believed she heard trapped air bubbles escaping the ice, she teamed with other scientists from Texas to eavesdrop on bits of melting glacier ice taken from Gulkana Glacier in Alaska.

In the lab, the team found that the noises emanating from the ice closely correlated with observations of popping bubbles, both in timing and loudness. Such acoustic measurements of bubble-breaking can now help monitor where and how quickly glaciers are melting.

Knowing when and where fish breed is key for fish biologists who develop ways to keep populations healthy. But good luck trying to spot spawning fish in murky or fast-flowing rivers.

Researchers from the University of Georgia compared visual observations of redhorse fish species in northern Georgia rivers with sound recordings to identify spawning signatures — patterns of sound waves related to the disturbance of gravel as the fish released eggs and milt. The ichthyologists found they could detect spawning activity up to 20 meters from underwater microphones.

Calls of the Wild

To check your health, a doctor might listen to your heart beat and lungs fill with air. It turns out sound can register a lot about the health of an ecosystem, too.

Researchers in Queensland, Australia, assessed the condition of fragmented eucalyptus forests at 10 sites using conventional measures — including the size of forest patches, vegetation characteristics and the number of bird species detected — and sound recordings. They found that the more prevalent the human-generated sounds, such as traffic, machinery and voices, the poorer the ecological condition.

The researchers concluded that sound can be a valuable, and relatively inexpensive, tool for assessing the ecological well-being of forest fragments.

Seabirds are notorious for nesting in inaccessible places, frustrating efforts to monitor populations. Scientists studying Forster’s terns in San Francisco Bay may have found an answer: They discovered that a colony’s sound, which is much easier to gather, is enough to compare the number of nests between colonies and across years.