More studies are needed on glyphosate, the controversial pesticide in Roundup, to determine how it affects humans. 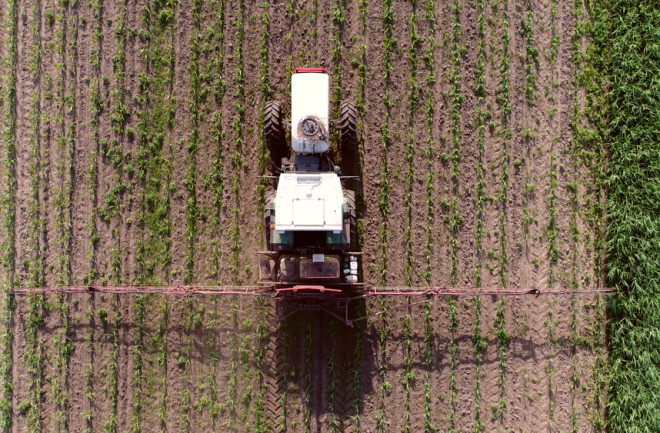 This week, the Bayer pharmaceutical company agreed to pay about $10 billion to settle legal claims over the health effects of the herbicide Roundup. The budget will end over 95,000 lawsuits brought against Monsanto (which Bayer bought in 2018), while also allocating money to investigate whether Roundup causes cancer.

Specifically, $1.25 billion will go toward independent research into whether Roundup causes non-Hodgkin’s lymphoma (and at what doses). The money is a step in the right direction, says Emanuela Taioli, an epidemiologist at Mount Sinai who served on the 2016 EPA review board analyzing whether an essential Roundup ingredient caused cancer. Few studies exist to substantiate how the hotly debated product impacts the human body.

Previously, the sparse data on whether or not the herbicide caused cancer did indicate that the product could be dangerous, Taioli says. However, “until now, it seemed like the companies — Monsanto before and Bayer after — were just ignoring the request to have a better understanding of the risks of this product,” she says, referring to the creator and former owner of Roundup, Monsanto. “At least now, there is an acknowledgement that something should be studied better.”

As for what these newly funded studies might ask? So little is known about what health problems Roundup could cause, Taioli says, investigators could start almost anywhere.

The Crucial — And Successful — Ingredient

Most Roundup lawsuits and research projects focus on an ingredient called glyphosate. For home gardeners and crop farmers alike, the chemical decimates weeds (and the flowers you actually want to keep around, if you’re not careful). That’s because once plants absorb glyphosate, the chemical weasels into an essential production process that churns out protein building blocks. The chemical also circulates within the weed for a while before it shuts down growth. This way, all parts of the plant wither, not just its leaves or branches.

Monsanto introduced the chemical in 1974. But it took a couple decades before it took off. In 1996 the company released “Roundup-Ready” seeds, which were pretreated to avoid damage from the herbicide. By 2014, global use of the chemical multiplied almost 15 times over. Some experts now consider glyphosate to be the most widely applied pesticide.

In 2015, the World Health Organization’s International Agency for Research on Cancer examined whether glyphosate posed a cancer hazard — that is, whether the compound is “capable of causing cancer under some circumstances” — and concluded that glyphosate is “probably” carcinogenic. The following year, a Joint FAO/WHO Meeting on Pesticide Residues looked deeper, at the actual risk to humans, and concluded “that glyphosate is unlikely to pose a carcinogenic risk to humans from exposure through the diet.” Then this January, the EPA’s Office of Pesticide Programs released an Interim Registration Review Decision on glyphosate, determining "the pesticide can perform its intended function without unreasonable adverse effects on human health or the environment."

Soon after this EPA announcement, environmental and food safety organizations filed two lawsuits against the agency. Over the years, those raising concerns about Monsanto and Roundup have questioned why EPA reviews of glyphosate safety have relied heavily on industry-conducted or industry-funded research papers.

Despite the controversy and widespread use of glyphosate, research on its effect on the human body remains limited. Last year, Taioli and her colleagues wanted to examine research on whether humans exposed to relatively large amounts of glyphosate-containing products had a higher risk of developing non-Hodgkin's lymphoma. The team only found six studies they could review.

Based on this evidence, the team concluded that exposure to these herbicides did make people more likely to develop the cancer, and the more pesticide someone contacted, the higher their risk. Several of the studies dated to the 1980s and 1990s, before the big boom in glyphosate use happened, which implied that people working with the product in more recent years came in contact with even higher levels of glyphosate.

In studies, most attention has been devoted to agriculture workers and their exposure to the herbicide. Hardly any research has assessed health risks to the general population, or people who interact with glyphosate products through food consumption, Taioli says. For example, grocery shoppers could have seasonal exposures to the chemical during periods when they’re consuming more fresh fruits and veggies. But there’s been no research to verify that, Taioli says.

Most of the work that exists related to human health has focused on non-Hodgkin’s lymphoma (a cancer that starts in the white blood cells). Early research in the ’90s drew initial conclusions about how the pesticide might cause white blood cell problems in people. That set the tone for subsequent research. “But the real thing to do would be a real general study on all levels and all cancer endpoints,” Taioli says.

The research funding pool Bayer set aside is only for non-Hodgkin’s lymphoma. But Taioli is glad to see there is some acknowledgement that the health effects of glyphosate products are worth looking into.

Studying glyphosate has typically come with heavy burdens, which Taioli knows from personal experience. After she and her coauthors published their review of previous research, a court served each of them a subpoena to discuss the work. Taioli had to talk to the judge, the EPA and the lawyers in her workplace. “If what happened to me happened to others, it’s a lot of pressure,” she says. “In my view, that’s why the studies are so few and so old.”

Editor's Note: This story has been updated include the definition of a "cancer hazard," the name of the International Agency for Research on Cancer and conclusions from the 2016 Joint FAO/WHO Meeting on Pesticide Residues.