Like clockwork, seismometers across multiple continents have detected a mysterious pulse since at least the early 1960s. 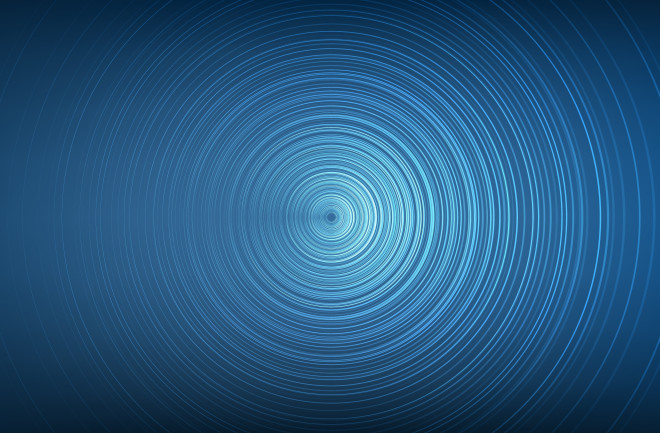 Every 26 seconds, the Earth shakes. Not a lot — certainly not enough that you’d feel it — but just enough that seismologists on multiple continents get a measurable little “blip” on their detectors. But even though this pulse has been observed for decades, researchers don’t agree on what’s causing it. The mystery surrounding the phenomenon even has its own XKCD web comic.

The pulse — or “microseism” in geologist lingo — was first documented in the early 1960s by a researcher named Jack Oliver, then at the Lamont-Doherty Geological Observatory. He’s best known for his later work that supplied some important early evidence for shifting tectonic plates. Oliver figured out that the pulse was coming from somewhere “in the southern or equatorial Atlantic Ocean” and that it was stronger in the Northern Hemisphere's summer months (or, the Southern Hemisphere's winter).

“Jack didn’t have the resources in 1962 that we had in 2005 — he didn’t have digital seismometers, he was dealing with paper records,” explains Mike Ritzwoller, a seismologist at the University of Colorado, Boulder, whose team would independently come across the strange pulse some decades later.

In 1980, Gary Holcomb, a geologist with the U.S. Geological Survey, looked more closely at the weird microseism, and figured out that it’s strongest during storms. But his and Oliver’s work would mostly be lost to time, while the constant seismic drumbeat would go on, unnoticed, beneath our feet.

Then one day in 2005, then-graduate student Greg Bensen was working with seismic data at his lab at the University of Colorado, Boulder. His advisor walked in and asked him to show him what he was working on. As Ritzwoller tells it, Bensen pulled up some data, and there it was: A strong signal, coming from somewhere far off. “As soon as we saw this, [then-postdoctoral researcher Nikolai Shapiro] and I recognized that there was something weird, but we had no idea what it was,” Ritzwoller says.

Perplexed, the team examined the blips from every possible angle. Was something wrong with their instruments? Or their analyses? Or was this seismic activity really happening? All signs pointed to the latter. They were even able to triangulate the pulse to its origin: A single source in the Gulf of Guinea, off the western coast of Africa. They dug up Oliver’s and Holcomb’s work, too, and published a study in 2006 in Geophysical Research Letters. But even since then, no one has really confirmed the cause of the regular seismic activity. Though many assume it’s caused by waves, some hold out that it’s caused by volcanic activity.

Noise Is All Around Us

Though this particular pulse is intriguing, the fact that there’s seismic activity during a quiet time (that is, not during an earthquake or volcanic eruption) is old news. There's a background of subtle seismic noise around us all the time.

“Seismic noise basically exists because of the sun,” explains Ritzwoller. The sun heats the Earth more at the equator than at the poles, he says, which generates winds and storms and ocean currents and waves. When a wave hits a coastline, the energy is transferred to the land.

“It’s like if you were tapping on your desk. It deforms the area near your knuckle, but then it’s being transmitted across the whole table,” he says. “So someone sitting at the other side of the table, if they put their hand, or maybe their cheek, on the table, they can feel the vibration.”

Researchers can study patterns in this ambient seismic noise to learn about the interior of the Earth, which Ritzwoller’s group has been doing for decades. “But the observation of [the pulse in 2005] caught us by surprise,” he says.

Fast forward six years, when another graduate student, Garrett Euler, came along, this time in seismologist Doug Wiens’ lab at Washington University in St. Louis. Euler narrowed down the source of the pulse even more, to a part of the Gulf of Guinea called the Bight of Bonny. He also made a case for why waves hitting the coast were likely the cause.

When waves travel across the ocean, the pressure difference in the water might not have much effect on the ocean floor, explains Wiens. But when it hits the continental shelf — where the solid ground is much closer to the surface — the pressure deforms the ocean floor (much like knocking on a desk deforms the surface) and causes seismic pulses that reflect the wave action. Euler presented his findings at the Seismological Society of America conference in 2013.

But not everyone was fully convinced. In a paper that same year, a team led by Yingjie Xia from the Institute of Geodesy and Geophysics in Wuhan, China, proposed that the most likely source of the 26-second pulse was not waves, but volcanoes. That’s because the pulse’s origin point is suspiciously close to a volcano on the island of São Tomé in the Bight of Bonny. And, indeed, there is at least one other place on Earth where a volcano does cause a microseism with some similarities to this one. (If you’re wondering, it’s Aso Volcano in Japan.)

Even outside this main debate, more questions remain. Namely, why here? There are plenty of other continental shelves and volcanoes around the world that, as far as we know, aren’t causing seismic pulses — what’s so special about the Bight of Bonny?

But nearly 60 years after the pulse was first observed, no one has managed to figure it out. That may be because, as far as seismologists are concerned, it’s just not really a priority. “There are certain things that we concentrate on in seismology,” explains Wiens. “We want to determine the structure beneath the continents, things like that. This is just a little bit outside what we would typically study … [since] it doesn’t have anything to do with understanding the deep structure of the Earth.”

That doesn’t mean it’s not worth studying, Ritzwoller adds.

“We’re still waiting for the fundamental explanation of the cause of this phenomenon,” says Ritzwoller. “I think the point [of all this] is there are very interesting, fundamental phenomena in the earth that are known to exist out there and remain secret.” It may be up to future generations of students, he says, to truly unlock these great enigmas.