The Cancun Climate Summit Is Over. Did They Agree on Anything? 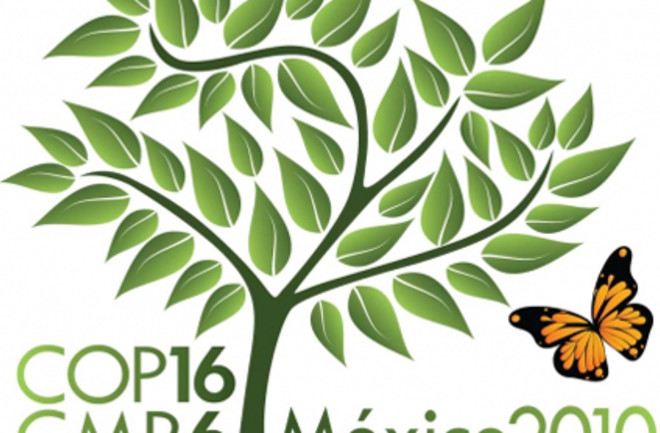 When the Cancun Climate Summit began, we mentioned the modest goals most nations set going in (especially in the wake of 2009's messy Copenhagen meeting). Indeed, the United Nations climate meeting in Mexico didn't shoot for the stars in terms of emissions reductions, but the nations assembled at least agreed to a few limited proposals and set the stage for next year. The agreement is not a legally binding one, but it includes:

1. The package known as the Cancún Agreements gives the more than 190 countries participating in the conference another year to decide whether to extend the frayed Kyoto Protocol, the 1997 agreement that requires most wealthy nations to trim their emissions while providing assistance to developing countries to pursue a cleaner energy future. [The New York Times]

Kyoto's targets were for the year 2012. The question for the 2011 meeting in South Africa, then, will be whether it's possible to get everyone on board with a Kyoto extension or some other emissions reduction agreement. (Cancun did bring one promising sign, as the nations agreed in principle to allow outside inspection to check the validity of their emissions cuts.)

2. It includes a scheme to provide financial support for countries to preserve their forests, in a bid to combat deforestation which accounts for almost a fifth of global annual emissions, and makes progress on how countries' actions are going to be monitored and verified. [The Independent]

However, as we noted before

, there are still open questions about how wealthier nations get to do their carbon accounting—if they can use the forests they helped protect elsewhere in the world to offset emissions at home, or whether they must include trees cut down in their own countries in counting emissions.

3. A new climate green fund was agreed at Cancún to transfer money from the developed to developing world to tackle the impacts of climate change. Poorer countries saw this as a success because they will outnumber rich countries on an supervisory panel for the fund, which is due to be set up in 2011. But no figure was put on how much money will go into it. [The Guardian]

The number that came out of the 2009 climate meeting in Copenhagen was $100 billion, but the wealthy nations that would give that money have not settled on exactly where it will come from. In truth, climate representatives are casting Cancun as a success based on the fact that it wasn't a dismal failure. The small steps the world took in Cancun aren't really going to fix anything, but they leave the door open to the possibility—however far-off it seems today—of the world, and especially the large nations like the U.S., China, and India, coming to a real, forceful agreement.

"Another 'failure' would have been crippling, if not fatal, to the whole enterprise," said Elliot Diringer of the Pew Center on Global Climate Change. Another step forward was that Washington and Beijing, at odds on issues ranging from trade to interest rates in 2010, did not bicker in Cancun. [Reuters]