Tons of solar panels installed in the early 2000s are reaching the end of their lifecycles, posing a serious problem for the industry to contend with. Current solar panel disposal practices are far from being environmentally friendly. 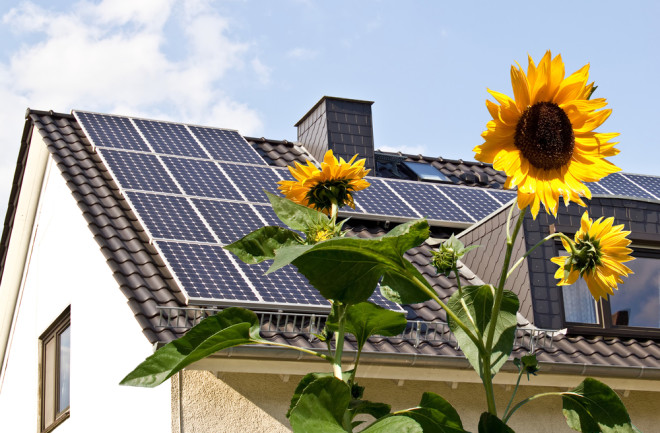 On paper, solar energy seems more promising than ever. Solar cells are becoming easier to produce, along with becoming increasingly compact and portable. But there are a few problems with solar energy that’s seldom talked about. Questions remain about whether their production and waste creates more pollutants than the fossil fuels they aim to replace.

Manufacturing solar panels often requires the use of several noxious chemicals. To add to that, solar panels have an operating lifespan of around 20 to 30 years. Since they were first introduced in the 2000s, literal tons of solar panels are reaching the end of their lifespan. Because it's not easy to properly dispose of the toxic metals inside the solar cells — and there's an overall lack of oversight — it is often cheaper to discard them in landfills or send them to developing countries. As solar panels sit in dumps, the toxic metals they contain can leech out into the environment and possibly pose a public health hazard if they get into the groundwater supply.

What’s in a Solar Panel?

A solar panel is essentially made up of several sheets of silicon crystals called cells. Each cell making up a solar panel is sandwiched by an aluminum and glass layer. Together, they form the energy-producing components that convert sunlight into electricity.

The cells require very pure silicon to work properly. When silicon atoms are hit with sunlight, an electron gets ejected and creates a spark that’s similar to what happens when you microwave metal. These electrons are carried through the cell via traces of metal impurities added to the silicon, and copper wires carry it away as electrical currents.

Very pure silicon must be used because the crystal structure it forms is most conducive to letting electrons flow. Production commonly includes nitrogen trifluoride and sulfur hexafluoride, some of the most harmful greenhouse gases around.

Normally silicon is recyclable, but to improve the solar cells’ electrical efficiency, metals such as cadmium and lead are added. This makes solar cells difficult to recycle, since it will take considerable energy to extract hazardous metals. In fact, it often costs companies more to recycle a solar panel than to produce a solar panel.

The Problem With Solar Panel Disposal

Most solar recycling plants simply remove the valuable silver and copper from the cells and then recycle the contaminated glass and plastic casing by burning them in cement ovens. Since the process is costly and time-consuming, it’s more convenient for solar companies to drop the dead panels into landfills or export them to third-world countries.

While a properly-built landfill should contain most hazardous material in the waste, a developing country may not have the infrastructure or regulations to properly dispose of imported solar panel waste. Potential leaching of these metals into the surrounding environment can pose a public health problem, especially in a nation without the necessary disposal infrastructure. As society continues to adopt solar power, this problem may worsen in the coming decades, with almost 80 million tons of solar waste projected by 2050.

Studies have shown the heavy metals in solar panels — namely lead and cadmium — can leach out of the cells and get into groundwater, as well as affect plants. These metals also have a record for detrimental effects on human health. Lead is commonly known to impair brain development in children, and cadmium is a carcinogen.

Solar panel recycling could mitigate the risk that they pose, and luckily, effective methods do exist. First Solar, America’s largest solar company, has facilities that can extract 90 percent of the material in the panels, which is then recycled back into new solar panels or electronics. Veolia, a French waste company, has opened the first plant in Europe solely dedicated to recycling solar cells. The problem is persuading companies to use these methods, instead of opting for the cheaper method of tossing panels into landfills.

Currently, China and the U.S. are the largest users of solar panels, but only Europe has taken measures to hold manufacturers responsible for their waste. The European Union requires solar companies to collect and recycle their panels, with the cost of recycling built into the selling price. This way, the panels’ waste and impact on the environment is minimized with only a marginal increase in solar panel price for consumers. The U.S. and China aren’t poised to adopt a similar mandate anytime soon. To date, Washington is the only state that mandates manufacturers to dispose of panels at a specialized facility.

Additionally, a recent discovery in solar technology may do away with silicon altogether by using a material called perovskite. Instead of silicon crystals, perovskite solar cells are made of metal crystals, usually lead. The raw materials and synthesis for lead perovskite cells are much cheaper than the high-purity silicon needed for traditional solar panels. This means they are much more cost-effective to make. China is actually making them with lead from recycled batteries.

There are only a few ways to make silicon solar cells, but there are many ways to make perovskite cells, yielding unique solar panels for different applications. But what's most promising is that even though they’re easier and greener to make, perovskite cell efficiency already rivals that of silicon cells. And there's no need to worry about the lead content, either. Research already shows that perovskite cells based on nontoxic metals like tin or germanium are approaching the efficiency of the ones with lead.

Regardless of their composition, solar energy is poised to be a significant part of our future as society transitions away from fossil fuels. As a result, we can expect increased production of solar panels in the coming decades, and potentially, large amounts of hazardous waste to boot. Although solar energy holds great promise as a renewable energy source, society also must stand to address and solve the waste problems it poses, or else harnessing light energy might leave us in a darker place than before.