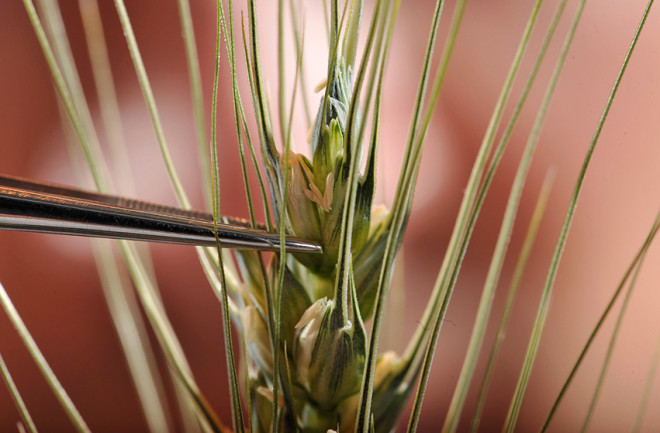 Writer Linda Marsa provides a contrarian response to our feature on the science of GMOs.

But even without these tactics, American activists, including a handful of scientists, have been raising skepticism about GMO foods. “The science just hasn’t been done,” says Charles Benbrook, an agricultural policy expert at Washington State University and a leading voice of dissent.

Today, about 90 percent of the corn, soy, and cotton grown in the U.S. are genetically modified to be either resistant to pests or tolerant of herbicides, including the popular weed killer Roundup, so that farmers can spray throughout the growing season without harming crops.

While the harvest from most of these crops is used to feed cows, pigs, and chickens, some genetically engineered corn and soybeans have made their way into the human food chain and are used to make tortillas, corn syrup, and corn oil for cooking.

As a result, thousands of products containing foreign or altered genes have been eaten by millions of people. But since these products aren’t labeled or tested by impartial scientists, there is no way to trace back potentially adverse health consequences, activists say. A handful of scientists even speculate that genetically modified crops and the pesticides used to cultivate them may be partly responsible for the increased incidence of ills such as asthma, allergies, ADHD, and gastrointestinal disorders.

A few animal studies have raised red flags, including some showing intestinal damage; structural changes in the kidneys, pancreas, and spleen; infertility; low birth weights in mice litters; and cancerous tumors in rats. But proving a causal connection, especially in humans, is tricky. “These studies raise questions that demand answers, but the government has chosen thus far not to do that,” Benbrook says.

In fact, the FDA has ruled that because DNA is in every living organism, crops engineered with added genes are “substantially the same” as other foods and are no different from crops genetically modified through conventional breeding techniques. But that point of view rings hollow to scientist-activists.

“There is no credible evidence that GMO foods are safe to eat and no significant safety testing is required by FDA,” counters biologist David Schubert of the Salk Institute of Biological Studies in La Jolla, California.

Yet a litmus test of sorts may be here soon. Later this year, sweet corn, which is fortified with natural insecticides built into its DNA, will debut on supermarket shelves in the U.S. “The corn is the first GMO food crop made for human consumption that people will consume in large quantities, so we’ll see what effect they have,” Benbrook says.

What we do know is that constantly spraying genetically modified crops with Roundup has increased our dependence on this toxic weed killer and spawned a new generation of herbicide-resistant superweeds, Benbrook points out. These renegade weeds are increasingly plaguing farmers and have driven a 7 percent increase in herbicide use since 1996.

The nascent anti-GMO movement is pushing back. In September 2011, Just Label It petitioned the FDA to mandate the labeling of genetically modified foods. Since then, 600 environmental and consumer groups have joined the campaign, and more than 1.2 million people have endorsed the proposal.

California’s Proposition 37, a ballot measure for labeling genetically modified foods, lost at the polls in November after supporters were outspent by a factor of five. Chemical giants like Monsanto, DuPont, and Dow helped raise $45 million to defeat the initiative. “But it’s already been a win. Our campaign gained new supporters and stimulated public discussion,” Hirshberg says.