Despite a global phase-out of CFCs such as Freon, newly detected gases threaten the ozone layer's recovery. 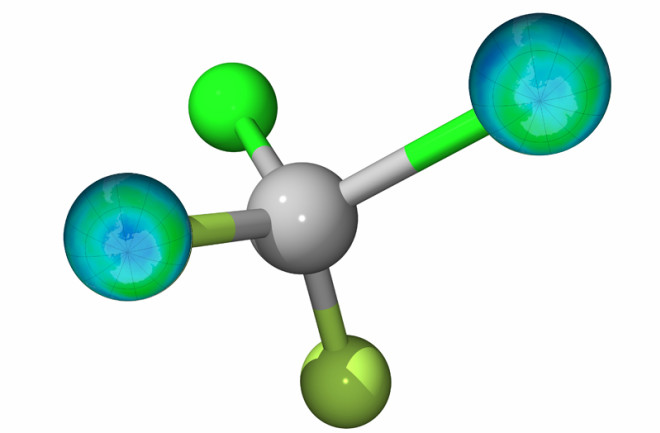 The recovery of Earth’s protective ozone layer has been hailed as an environmental success story. But the celebration may have been premature: Last spring, scientists discovered new ozone-destroying gases in the atmosphere.

The U.N.’s 1987 Montreal Protocol phased out almost all of the offending gases, and the ozone hole began to shrink. But in March, researchers with England’s University of East Anglia reported finding four new ozone-depleting compounds in the atmosphere — three chlorofluorocarbons (CFCs) and one hydrochlorofluorocarbon (HCFC) — amounting to about 81,000 tons. In June, they found three more — two CFCs and one HCFC — bringing the total to seven.

And more could be discovered, says Johannes Laube, a co-author of the studies. “It could reverse the recovery trend,” he says.

The emissions may have come from the production of insecticides, refrigerants or solvents, he says, either under the treaty’s exemptions or through illegal use.

Overall levels of ozone-harming gases are still lower than before the ban, but since some disintegrate slowly, they’ll continue destroying ozone for decades to come, Laube says.