Seeds, From the Largest to the Oldest to the Safest 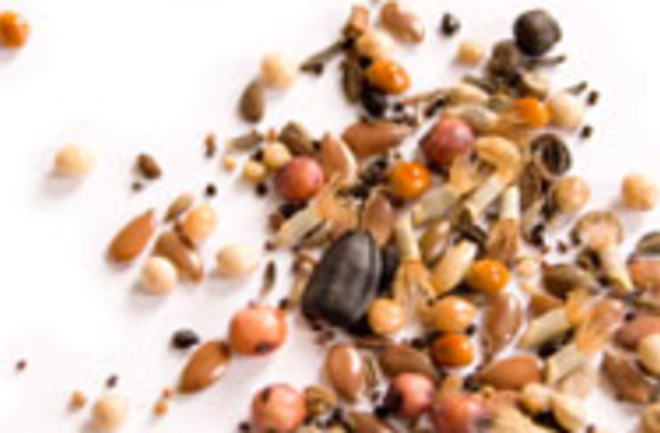 Estimated number of seed-plant species, which make up nearly 90 percent of all known plants. About 980 species produce “naked” seeds, often attached to cones; the rest are flowering plants, whose seeds are enclosed in ovaries that ripen into fruit.

Maximum weight, in pounds, of the world’s largest known seed, in the fruit of the double coconut palm, Lodoicea maldivica. The smallest seeds in the world come from tropical orchids and weigh just 10 billionths of an ounce.

2,938 Number of seed species in the Svalbard Global Seed Vault, built into the permafrost of Spitsbergen, an island in Norway. The vault houses a huge bank of seeds (320,554 samples and increasing) from collections around the world, protecting seed diversity from losses due to natural disasters, wars, and other calamities. The bank can hold 2.25 billion seeds.

385 million Age, in years, of the oldest known seedlike fossils. The most ancient viable seed, from a 2,000-year-old date, was excavated from a fortress near the Dead Sea. Last June, researchers reported in Science that the seed germinated after planting and developed much like its modern counterparts.

150 Record-setting speed, in miles per hour, of seeds launched by a tropical sandbox tree, whose capsules explode when mature.

$36.5 billion Total estimated value of the world market in commercial seeds as of 2008. The

estimates that the United States has lost 97 percent of its original fruit and vegetable varieties due to modern agriculture.