Scientists Gone Wild! The Best Science Reactions to the Stimulus 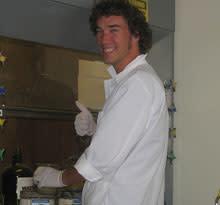 While the $787 billion stimulus bill has not been without controversy, it has also achieved a rare accomplishment: creating something on which most scientists agree. The new bill will distribute a lot of money, so much so that many of the recipients in the science community are overjoyed—even if they aren't necessarily prepared to handle it. The extent to which some offices will be overwhelmed is exemplified by this reporting in The New York Times:

Utah expects that its state energy office will receive $40 million for energy efficiency, renewable energy and related programs—123 times the size of the office’s current budget, said Jason Berry, who manages the four-person unit. He is about to go on a hiring spree.

Equally thrilled with their soon-to-be windfalls, scientists have made some prize comments in the media this week about their good fortunes. Here are a few of our favorites:

“It’s like they finally got to the other side of the desert and it’s pouring rain,” Seth Kaplan, vice president of the Conservation Law Foundation. (The New York Times)

"We're kind of like the dog that caught the car...[though] if we don't [distribute the money] well, the technical term is: we are toast," Ernest Moniz, a M.I.T. physicist who served as undersecretary of energy for President Bill Clinton. (Nature News)

"Everyone associated with any stimulus money is under pressure to fund 'shovel-ready' projects. But let's not shovel it down the shitter." (Terra Sigillata, Science Blogs)

“We’re not going to sell our soul for $10 billion. It would cost much more," Dr. Raynard S. Kington, acting director of the National Institutes of Health, discussing the agency's continued commitment to providing opportunity and transparency. (The New York Times)