“We won’t save every coral or every reef ... but neither is it inevitable that we are going to lose all of them,” the researcher said. 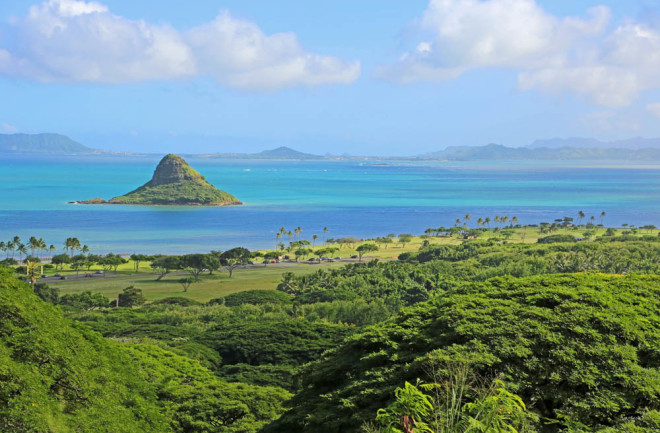 Climate change is decimating coral reefs. As humans put greenhouse gasses into Earth's atmosphere, they warm the planet before settling back down into the oceans and making the water more acidic. These combined factors have caused coral die-offs around the world. But now researchers have found a set of corals in Hawaii’s Kāne’ohe Bay that can already tolerate warmer temperatures and more acidic waters. Scientists are calling them "supercorals."

These corals even bounced back after sewage decimated the bay less than 30 years ago. Scientists say the discovery offers hope for reef resilience. “We won’t save every coral or every reef — many are already gone — but neither is it inevitable that we are going to lose all of them,” said Christopher Jury, a marine biologist at the University of Hawaii, who led the new research. “If we seriously reduce the rate of climate change and the intensity of local stressors, we can still give the survivors a chance.”

Half the world’s corals are gone thanks to pollution, overfishing and more recently, coral bleaching. Under stresses like warm and acidic waters, corals kick out the algae that give them their vibrant hues and provide their major food source. Many studies project it’s only a matter of a few decades before the globe’s reefs collapse.

But these investigations assume that every coral is not equipped to respond to a changing climate. Jury and his team wanted to test this assumption and find out how much corals can, and cannot, respond to warm, acidic waters. Hawaii’s Kāne’ohe Bay was the perfecting testing ground.

Kāne’ohe Bay hugs the island of Oahu’s eastern coast. Between 1930 and 1970, dredging, coastal development, and sewage dumped into the bay destroyed up to 95 percent of the reefs. But once sewage outputs were relocated around 1978, the corals bounced back. Within two decades, coral cover blossomed to between 50 percent and 95 percent. Even more astounding is that the reefs rebounded in waters that are already warmer and more acidic than neighboring waters.

“I began to realize that the temperature and chemistry conditions in Kāne’ohe Bay are very similar to the conditions that many people predict will kill corals off globally, yet the reefs in the bay seem to be thriving, making the area incredibly valuable as a possible window into the future,” Jury said.

The researchers collected branches of three dominant coral species from about two dozen colonies in Kāne’ohe Bay and Waimānalo Bay, just 11 miles to the southeast. Then, back in the laboratory, they exposed some of the corals to warm or acidic waters in aquariums for five weeks.

“In contrast with many projections, we find that at least these corals do in fact harbor a lot of individual variation for temperature and chemistry tolerance and that the hardy members of the population were able to drive rapid reef recovery in Kāne'ohe Bay in spite of the warmer, more acidic conditions found there,” Jury said.

Researchers are finding more coral species in other places may also be able to respond to changing conditions, Jury said. But, under business-as usual climate change scenarios, even these supercorals will die in the coming decades. “We still have an opportunity to preserve at least some coral reefs if we take serious action to address climate change and local impacts now, but the window of opportunity is rapidly closing,” he added.