Scientist Smackdown: Did a Seismologist Accurately Predict the Italian Quake? 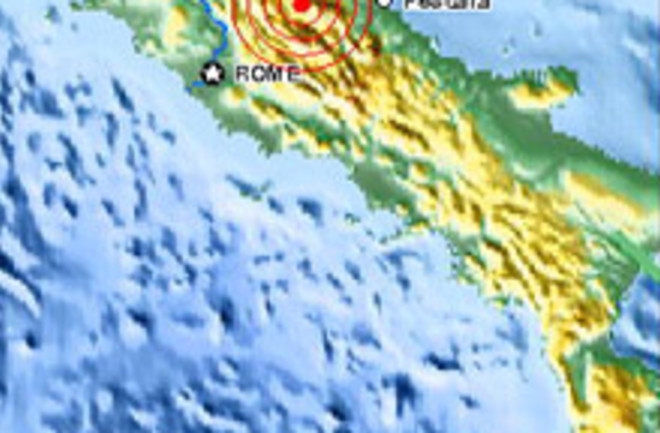 The earthquake that hit central Italy in the middle of last night, reducing some towns to rubble and killing at least 90 people, was foretold by an Italian seismologist--but his warnings were ignored, according to news reports. However, many researchers say that the seismologist's predictions were based on inadequate evidence, and say the Italian government was right not to publicize his predictions, as they would only have spread panic. The region felt its first tremors in mid-January. Scientists say that tremors do not necessarily indicate that a larger quake is on the way, but seismologist Giampaolo Giuliani grew increasingly concerned. He published his warnings, which received some attention; according to Italian newspapers, vans with loudspeakers drove around the town of L'Aquila one month ago telling locals to evacuate their houses. Then

Giuliani, who based his forecast on concentrations of radon gas around seismically active areas, was reported to police for "spreading alarm" and was forced to remove his findings from the Internet. "Now there are people who have to apologize to me and who will have what has happened on their conscience" [Reuters]

, he told an Italian newspaper. Giuliani measured radon gas emitted by the smaller tremors, and initially predicted that a large quake would strike on March 29. When

Although at first glance last night's 6.3 magnitude quake seems to have validated Giuliani's predictions, other researchers argue that Giuliani's accuracy was a matter of chance.

Italy's National Institute of Geophysics and Vulcanology said in a statement that "at the current state of knowledge" it was not possible to forecast the location, timing and force of an earthquake [BBC News].

While some seismologists working around California's San Andreas Fault announced last year that subtle shifts in subterranean rocks may presage an earthquake by a few hours, that research is still at an early stage. Ross Stein of the U.S. Geological Survey notes that there was a flurry of interest in using radon gas measurements to predict earthquakes in the 1980s and early 1990s, but says most researchers gave up on the idea over a decade ago. Stein explains

that one problem is that radon is a gas that is measured at the surface, which is a long way from where whatever it is that happens to trigger an earthquake, 10 miles below the earth’s surface, is taking place. He added that since radon gas is so easy to measure, “it can launch an armchair industry” of earthquake forecasters [The New York Times blog].