Say Hello to Hurricane Pablo, the Northernmost Hurricane to Form So Late and So Far North on Record 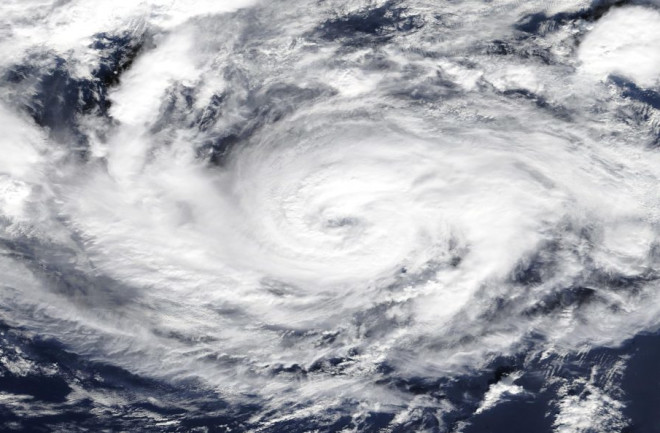 Hurricane Pablo, as seen in the eastern Atlantic by NASA’s Terra satellite on Oct. 27, 2019

A late October tropical storm spinning in the North Atlantic entered the record books today when it strengthened into a strange little hurricane.

Say hello to Hurricane Pablo, seen in the image above acquired by NASA’s Terra satellite.

As of about 5 p.m. EST in the U.S., the tiny storm had attained maximum sustained winds of 80 miles per hour, qualifying it for Category 1 status. That makes makes it the strongest hurricane to form this far north in the Atlantic at this late date in the calendar year since 1894, according to Colorado State University hurricane expert Philip Klotzbach.

It’s also just the second storm to reach hurricane intensity this far north during the era of modern record-keeping, which began in 1950.

This is pretty strange. Storms typically feed off warm waters as they strengthen into hurricanes.

Although surface temperatures beneath Pablo were about 1.8 degrees F above average, they were still quite chilly — about 64 degrees. That’s actually “far below the conventional threshold for tropical development of around 26°C (79°F),” according to meteorologist Bob Henson.

The ingredients that went into the storm’s strengthening included cold air high in the atmosphere. Mix in a lucky confluence of events that helped air rise and also reduced the destructive impact of wind shear, and voila! You’ve got Hurricane Pablo.

As Henson explains it:

. . . frigid air aloft meant that the atmosphere was still relatively unstable, which allowed showers and thunderstorms to form and consolidate around Pablo’s tiny eye (only about 6 to 9 miles in diameter). Other advantages: Pablo’s northeast motion coincided with southwest upper-level flow, thus reducing the impact of otherwise strong wind shear, and twin jet streaks on either side of Pablo helped support upper-level outflow, as noted by Eric Webb.

Meanwhile, in the Arabian Sea to the east, we have Super Cyclonic Storm Kyarr:

Super Cyclonic Storm Kyarr, as seen in the Arabian Sea by the Meteosat-7 satellite on Oct. 27, 2019. (Source: CIMSS/SSEC/UW-Madison)

Kyarr is now “the second strongest tropical cyclone on record in the Arabian Sea behind only Gonu in 2007,” according to Henson.

Moreover, the storm has sent the 2019 North Indian Ocean cyclone season into the record books, with the highest Accumulated Cyclone Energy.

ACE integrates the intensity and duration of cyclones to provide a measure of cyclone activity in a given oceanic basin.