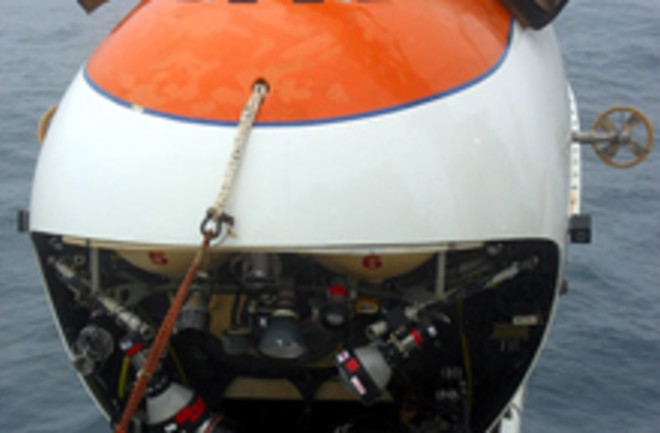 According to Peter Rona from Rutgers University, there might be something unusual going on a mile beneath the surface of Lake Baikal—An ocean being born. To take a peek, Russian scientists have gone all the way to the bottom of Baikal. Anatoly Sagalevich, Artur Chilingarov, and others boarded MIR 1 and MIR 2, submersible vessels that could carry them a mile below the surface. (Director James Cameron used the same vehicles to film the wreckage of the Titanic for his film; last year MIR 1 and 2 carried Russian scientists to the sea floor beneath the North Pole.) Baikal, located in Southeastern Russia, is both the world's deepest and oldest lake; it contains 20 percent of the planet's surface freshwater, and dates back 25 million years. That's an eternity for a lake—which tends to fill up after only 10,000 to 15,000 years. Russian news sources are reporting that the crafts have reached the floor of Lake Baikal. Though they came 100 meters short of one of their main goals—setting the world record for deepest freshwater dive—they'll still get to study the widening sea floor that might turn Baikal into an ocean in 200 million years, find hydrothermal vents, and collect gas hydrates...oh, and increase the glory of Mother Russia.