Road Map to Save Artifacts

Construction of a new interstate in Arizona reveals a buried Native American village. 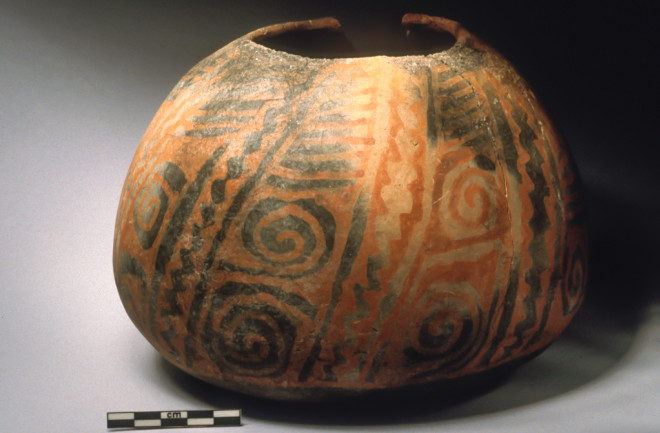 The jar above, from the Middle Rincon phase, A.D. 1000 to 1100, is among the nearly 60,000 artifacts excavated from Julian Wash site in Arizona. | Douglas Taylor/Desert Archaeology

Downtown Tucson and the Santa Catalina Mountains loom in the distance in this October 2000 photo showing an excavation at Julian Wash in Arizona. Once dismissed as a probable trash heap, the site is now recognized as a large Hohokam village from about A.D. 750 to 1150, and it is a shining example of preservation archaeology, in which sites are excavated and preserved in concert with development.

After Arizona made plans to rebuild an interstate exchange at the Julian Wash site, archaeologists and the state established a two-stage preservation plan. Researchers first excavated a strip of land that held hundreds of dwellings as well as other artifacts, according to William Doelle of Desert Archaeology Inc. The interstate was subsequently built over these parcels, and nearly 17 additional acres near the site were preserved for future exploration.