A citizen scientist group now has thousands of radiation monitoring devices all around the world. But nuclear researchers are often reluctant to use the measurements. 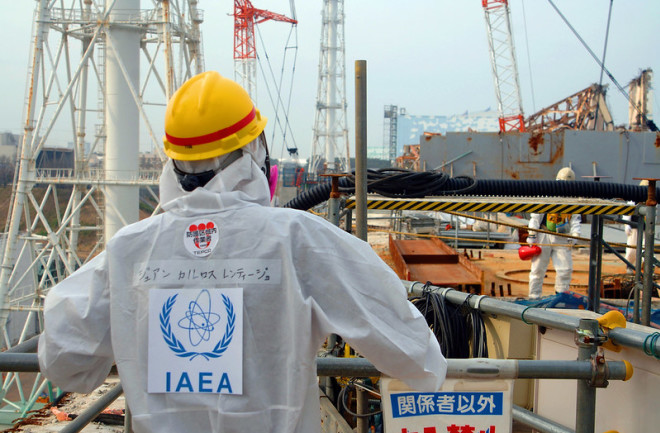 On March 11, 2011, Japan was hit by one of the most destructive earthquakes and tsunamis of all time, which triggered the worst nuclear accident since Chernobyl. In the immediate aftermath, the Japanese government and power plant operator failed to provide accurate radiation data to the public. Officials struggled to mobilize their own detection system. False information was even spread to create an illusion of safety, an official report later concluded.

Meanwhile, local residents just wanted to know which areas were safe. And across the Pacific Ocean, people in North America were worried about the spread of radiation.

That vacuum pushed ordinary citizens to collect and analyze their own radiation pollution data. Now, nine years later, the people of Japan — and other countries — are still measuring radiation levels in the environment. They’re using their own innovative mobile measurement devices and generating their own open-source data and radiation maps.

Some nuclear institutions have taken notice. The International Atomic Energy Agency (IAEA) now recognizes the potential value of data crowdsourcing to better cope with radiation risks, and it’s even cautiously reached out to citizen science groups.

The aftermath of the Fukushima disaster in 2011. (Credit: Fly_and_Dive/Shutterstock)

But not everyone is receptive to these citizen-driven efforts. As a social scientist who works in the nuclear arena, I have experienced firsthand how some nuclear experts think that citizens cannot be trusted. They worry that the public lacks a clear understanding of the science, and because of that, they can’t make good decisions without scientists. Others see anti-nuclear political motives.

As a result, citizen science is notably missing from nuclear research and training activities, even as this form of science democratization grows in other areas of research and development around the world.

The Safecast bGeigie Nano is a small, relatively inexpensive Geiger counter that citizen scientists can use to measure radiation levels in real time. (Credit: Jhelebrant/Wikimedia Commons)

After the 2011 earthquake, volunteers launched the citizen science group Safecast to collect and map radiation measurements from around the globe. They’re still sharing accurate, relevant data that can be acted on in real time. The data come from formal sources like governmental datasets, as well as unofficial sources.

Yet due to their sheer volume, variety and the speed at which they are amassed, scientists, regulators and other experts have often discredited the data as unreliable and invalid. But there’s reason to be skeptical of such claims.

A recent study assessed citizen scientists’ Fukushima radiation measurements and argued that data from groups like Safecast can yield more actionable information in emergency situations. The researchers also made the case that integrating data from different measuring stations is essential to tackle societal and environmental problems.

The techniques used by these citizen scientists may fall outside of the usual best practices for validating data but they can be “just good enough” to point out blind spots, close knowledge gaps and incite policy action. Citizen science in this sense is also about more than just generating scientific data — it’s also about democratizing science, with people opening up science and policymaking to the wider public.

Yet the real problem, in Japan and elsewhere, may be the institutional entanglement of nuclear science and technology with vested nuclear energy interests. Citizen scientists and experts receptive to citizen engagement are up against powerful structures that can be exempt from public scrutiny.

On the ninth anniversary of the Fukushima tragedy, many experts still don’t trust citizens, but they want citizens to trust them. Citizen science will not just go away. Even its staunchest opponents will have to engage with the motivations driving the public to get involved in collecting radiation measurements. They also can’t avoid results that they find uncomfortable or disconcerting. And, in the long run, getting people involved in nuclear citizen science can generate public trust if there’s another crisis.

Michiel Van Oudheusden is a Marie Skłodowska-Curie individual research fellow at the University of Cambridge. He researches and facilitates exchanges between grassroots citizen science groups and formal institutions, such as public authorities and professional research communities.