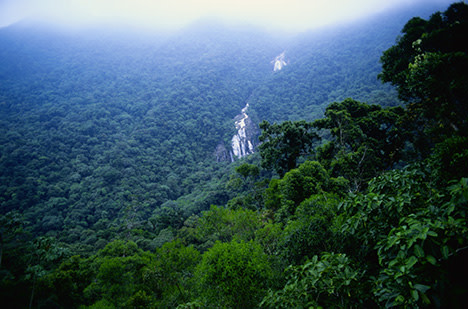 An encouraging article just published in PLoS ONE shows that reserves in the Brazilian Amazon Rainforest serve to provide an important buffer against fires. Why important? Fires can be devastating to the region since the trees have no natural protection. It's a primary cause of deforestation which also contributes to climate change. According Dr. Marion Adeney of Duke's Nicholas School of the Environment:

“reserves are making a difference even when they are crossed by roads. We already knew, from previous studies, that there were generally fewer fires inside reserves than outside – what we didn’t know was whether this holds true when you put a road across the reserve.”

Along with co-authors Stuart Pimm and Norm Christensen, she has analyzed ten years of satellite data from the entire Brazilian Amazon. Together they found that location and timing were much more important factors than type of reserve in terms of where fires occurred. Highly impacted areas experienced more disturbances than those in remote locations which is not surprising since fires in humid tropical forests are mainly caused by people. Today's accelerated pace of road-building in the region has caused concern given ninety percent of fires occur within 10 kilometers of a road. This study matters because it demonstrates reserves are effective at protecting forest cover even after you account for roads and rainfall variation. On March 26, the Brazilian government announced plans to establish a series of reserves covering 23,000 square kilometres along BR-319 from Manaus in the state of Amazonas to Porto Velho in Rondônia. This road is currently unpaved and often impassable so fires are rare (as you can see on the map below), but it will be developed over time. The good news--as Nature reports--is that roads or not, efforts to protect parts of the Brazilian Amazon Rainforest appear to be working...and will continue. . 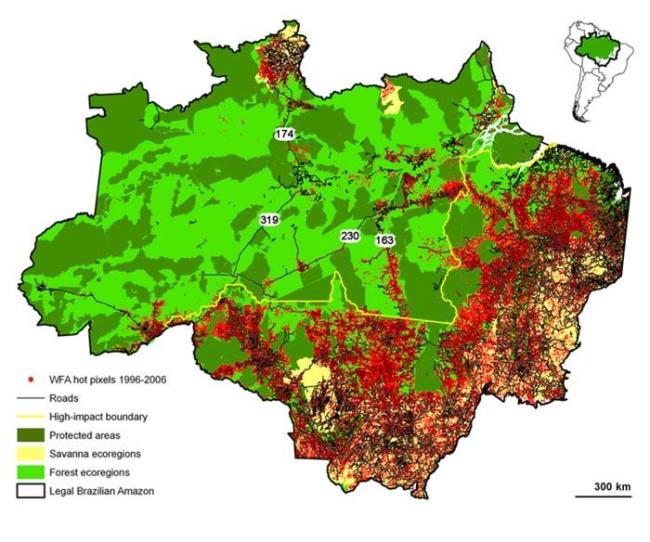