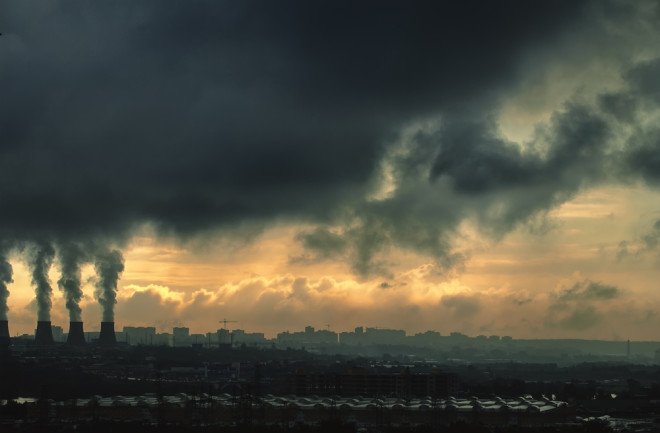 (Credit: Coffeemill/Shutterstock) Some 300 million children are currently exposed to toxic levels of air pollution, according to a report released Monday by UNICEF. The international children's organization run by the United Nations conducted a study of air pollution around the world using satellite imagery. In all, they say 2 billion children, nearly all of them, live with unhealthy levels of air pollution, and 300 million of them breathe air containing more than six times the level of toxins recommended by international guidelines, labeled as toxic, according to a news release.

Children are especially vulnerable to air pollution because they are still developing, they breathe faster and toxins infiltrate their brains more readily, the report says. Being exposed to pollution can result in poor lung function, diseases such as lung cancer and pneumonia, and can put children at risk of developing cognitive disabilities that could affect them their entire lives. Air pollution is at its worst in cities of the developing world, where high levels of fossil fuel consumption, automobile use and poor regulations all contribute to raise pollution levels far beyond safe levels. South Asia is the top offender, with an estimated 620 million children experiencing unsafe levels of pollution, followed by Africa at 520 million and the East Asia and Pacific region at 450 million, according to the report.

The report also distinguishes between outdoor and indoor sources of pollution. Indoor pollution comes mainly from wood- and coal-fired stoves, and is more common in the least developed countries. Outdoor sources include fossil fuel use, dust and waste burning. If steps are not taken to mitigate pollution levels, the report estimates that it could become the leading cause of environment-related child death by 2050. Already, UNICEF says that air pollution is a major factor in the deaths of around 600,000 children annually. Air pollution could even cause damage that transcends generations. As Discover reported, recent research efforts in California indicate that long-term exposure to some airborne chemicals could trigger epigenetic alterations to our DNA that can be passed down to our children. This could lead to higher rates of asthma in children who haven't even been exposed to pollution. UNICEF presented its report in the lead-up to COP22, an annual conference on climate change presented by the United Nations Last year's meeting saw the adoption of the Paris Agreement to limit carbon emissions to below 2 degrees Celsius. This year, UNICEF hopes to spur action on air pollution, and encourage nations to implement stricter restrictions on polluters, increase children's access to healthcare, limit their exposure to pollution, and better monitor pollution levels. “We protect our children when we protect the quality of our air. Both are central to our future,” says UNICEF Executive Director Anthony Lake.