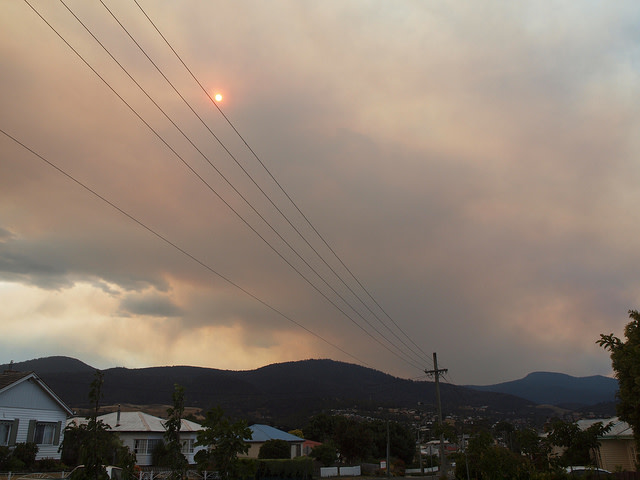 The new year in a large portion of the United States may have gotten off to a cold start, but down under, quite the opposite has been true. Temperatures have been soaring in Australia---so much so that the Australian Bureau of Meteorology has had to add new colors to its temperature forecast map, reports the Sydney Morning Herald. Its previous temperature range had been capped at 50 degrees---or 122 degrees F. 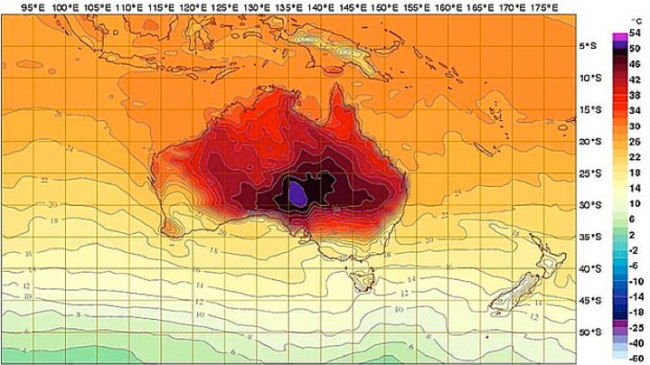 In this forecast map, the purple blob indicates a forecast for temperatures exceeding 50 degrees C, or 122 degrees. Much of the country has been sweltering at 100 degrees or more. The record-breaking temperatures have fueled brushfires across Australia. The L.A. Times has reported that swaths of the country face “some of the most dangerous conditions for fires on record.” As of today, 140 brushfires were reported in the state of New South Wales alone. And a NASA map of active fires detected by satellite sensors showed many more across the entire country. 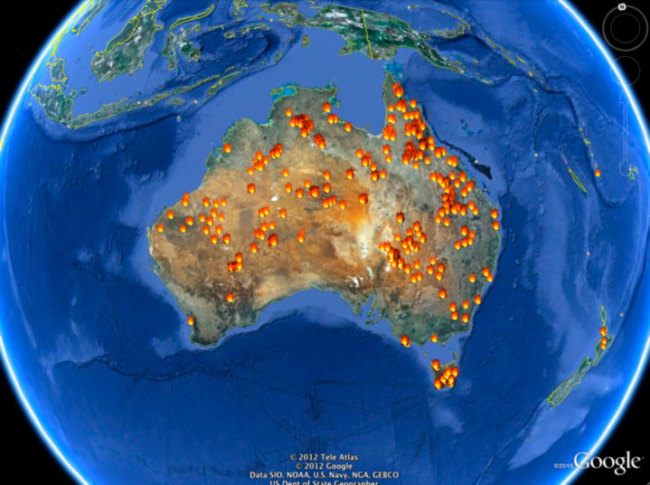 Left, smoke plumes from multiple fires burning in Tasmania are visible in this image from the MODIS instrument on board NASA’s Terra satellite. Right, a closer view of southern Tasmania shows fires burning near Hobart, and close to the town of Dunalley. (Credit: NASA) On Monday, the average high temperature across all of Australia was 104.6 degrees---a record, according to the Australian Bureau of Meteorology. This continues a persistent trend. For the September through December period, the average Australian maximum temperature was the highest on record. Australian scientists are saying that human-induced climate change is a clear contributing factor. The meteorology bureau’s manager of climate monitoring and prediction, David Jones, points out that the climate system “is responding to the background warming trend,” which is making heat waves like the current one more likely. Since 1910, annual average daily mean temperatures have increased by 0.9°C in the country, according to CSIRO, Australia’s national science agency. Rainfall patterns have also shifted. Large parts of the southern Australia, as well as Tasmania, have experienced significant drops in autumn and winter rainfall since 1997. CSIRO cautions that the causes of shifting rainfall patterns are still an active area of research. Even so, the drying of southern Australia is also consistent with what computer models have predicted from human-caused climate change. --Tom Yulsman