The New York Times has a strangely touching story on this hippie guy whose job (until he got canned) was to speak for Atlanta's trees. 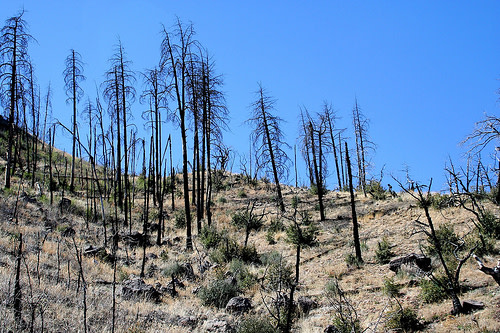 Atlanta's trees are so famous that when Sir Elton John cut an album that was kind of about Atlanta he called it Peachtree Road. Tom Wolfe described Atlanta's trees as the city's saving grace in that other famous carpetbagger's tribute, A Man in Full. "People loved living under them," he wrote. No matter. Apparently the arborist in question, Tom Coffin, enforced local tree-preservation law too vigorously for the city's taste; he complained about how none of the other arborists bothered imposing fines on developers who cut down trees and was out the next week. It's hard to imagine a worse PR move for a city whose most widely known non-peachtree features are Outkast and the headquarters of Coca-Cola. Especially because Coffin actually looks exactly like the Lorax. Fluffy beard and sad, paternal eyes and everything. Image: flickr/cogdogblog