Quiet Places on Earth's Crust Are Core-Meltingly Hot Underneath 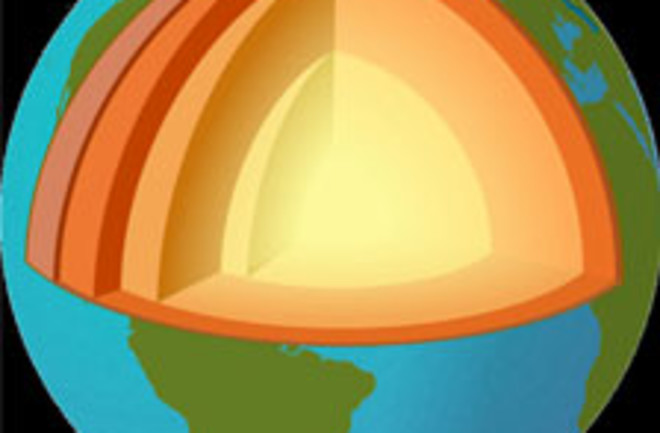 What’s the News: In geologists’ traditional view of the middle of the Earth, the solid inner core is gradually growing as more of the liquid core freezes, as the planet continues its billions-of-years-long process of cooling off. But now scientists are suggesting that parts of the solid inner core get so hot that they turn liquid, and that this is all linked to what’s happening in the Earth’s crust—meaning that our the earthquakes, volcanoes, and plate tectonics that we see are connected to the very heart of the planet.

Not So Fast: Not all of the researchers’ models indicated melting in the inner core, so it still “may not be possible to get the core flow we need to induce melting.” The reason for this uncertainty, according to Mound, is that “there is the general problem that all computer models of the dynamics of the Earth’s core can’t actually capture the true dynamics, as nobody has sufficient computer power to run models with enough detail.”