Officials recently expanded the Port of Miami to allow in larger ships, impacting local coral colonies in the process. 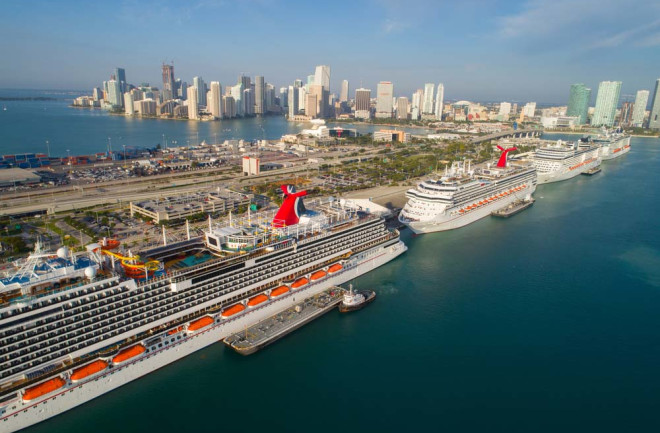 Coral reefs along the Florida coastline are struggling. Disease has been running rampant among colonies in recent years, and now researchers have found that a billion-dollar dredging project that wrapped up in 2015 killed off more than half of the coral population in the Port of Miami.

A study published May 24 in the journal Marine Pollution Bulletin estimated that over half a million corals were killed in the two years following the PortMiami Deep Dredge project.

Dredging is the practice of removing silt and sediment from a canal or riverbed. Material can build up over time, making it hard for ships to pass. And in ports like Miami, a major hub for overseas cargo, shallow canals just won’t cut it for big ships. This latest project aimed to open up the port to the world’s largest container vessels.

Marine biologist and study author Rachel Silverstein was in Miami while the dredging happened from 2013 to 2015. In the dredging process, she says sediment is sucked up from the canal floor and loaded onto a barge. But before the waste is taken to a disposal site on land, silty water is drained back into the ocean. Dredging companies also cut rocks, which can release more sediment and cloud the water where corals are living.

The heavy concentration of sediment makes it hard for coral to survive. They need sunlight and oxygen to sustain themselves — two resources that are compromised when the ocean is polluted.

In this latest study, scientists found the impacts to the reef system could extend as much as 15 miles away. And between 50 and 90 percent of nearby reefs were buried.

After the dredging project, the Port of Miami saw a massive 18.5 percent jump in containerized cargo traffic in 2017. Other southern cities are following suit, with Fort Lauderdale and Jacksonville pursuing their own canal expansion projects to boost the shipping industry. Even the Port of Miami itself has plans to further expand. That has conservationists concerned about the consequences for coral colonies across the region.

Silverstein is also the executive director of Miami Waterkeeper, a research and activist group in South Florida. Miami Waterkeeper was involved in a 2014 lawsuit against the Army Corps of Engineers, the group that oversees such waterways, for violating the Endangered Species Act.