Well, I'm not gone yet. I just read this op-ed in today's NYT by Thomas Homer-Dixon, which is related to, um, a certain controversial post. Count Homer-Dixon among those who believe it will take a major, unequivocal climate shock to spur worldwide action on global warming. Meanwhile, he writes:

Policy makers need to accept that societies won't make drastic changes to address climate change until such a crisis hits. But that doesn't mean there's nothing for them to do in the meantime. When a crisis does occur, the societies with response plans on the shelf will be far better off than those that are blindsided. The task for national and regional leaders, then, is to develop a set of contingency plans for possible climate shocks "” what we might call, collectively, Plan Z. Some work of this kind is under way at intelligence agencies and research institutions in the United States and Europe. Harvard's Kennedy School of Government has produced one of the best studies, "Responding to Threat of Climate Change Mega-Catastrophes." But for the most part these initiatives are preliminary and uncoordinated. We need a much more deliberate Plan Z, with detailed scenarios of plausible climate shocks; close analyses of options for emergency response by governments, corporations and nongovernmental groups; and clear specifics about what resources "” financial, technological and organizational "” we will need to cope with different types of crises.

The Mitigation-centric blinders drives the procrastination penalties for Adaption to tragic proportions. 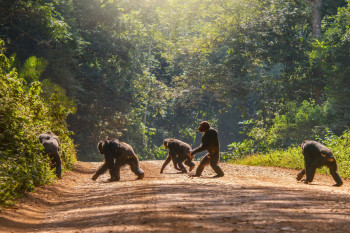