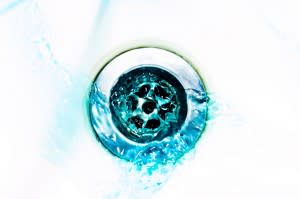 Exfoliation is good for the skin, but the scrubbers in some soaps are bad for the environment. Last week global consumer-goods company Unilever acknowledged the growing concerns of scientists and environmentalists by saying the company will no longer use these plastic beads in its products. The plastics in question are called microplastics, itty bitty pieces of plastic less than five millimeters in diameter. The problem with their small size is that these plastics rinse right down drains and collect in marine environments and the stomachs of marine animals. Studies published in the last month have reported microplastics inside fish in the English Channel and harbour seals in the Netherlands. In fact, a review of microplastics published last year demonstrated that these tiny plastics are now all over the place. Scientists worry about microplastics for a couple reasons. One, they are pretty much non-biodegradable, which means they accumulate in oceans and other environments without any promise of breaking down. Two, microplastics may be able to absorb and transfer POPs, or persistent organic pollutants---synthetic chemicals such as DDT that collect and remain in the environment. Microplastics may thus serve as a dangerous vehicle for bringing POPs into the food web. In response to growing concern about the use of microplastics, Unilever---maker of Dove, Axe and Vaseline---announced last week that it will phase all microplastics out of its products by 2015. The move is part of the company's sustainable living initiative. Unilever says its products are used by some two billion people every day, so their phase-out could have a big environmental benefit. Unilever's announcement is a step in the right direction, but the environmental impact of these tiny plastic pieces remains unclear, and they can still be found in other beauty products. More research will need to be done on how microplastics affect the animals that ingest them, and the larger role they may play in the food web. In the meantime, washing less plastic down the drain can't be a bad thing. Image courtesy of Natthawat Wongrat / shutterstock