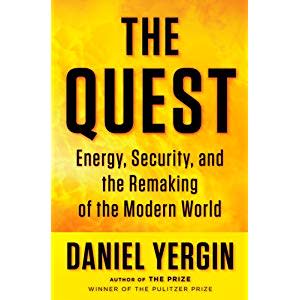 This is actually the fifth time in modern history that we've seen widespread fear that the world was running out of oil. The first was in the 1880s, when production was concentrated in Pennsylvania and it was said that no oil would be found west of the Mississippi. Then oil was found in Texas and Oklahoma. Similar fears emerged after the two world wars. And in the 1970s, it was said that the world was going to fall off the "oil mountain." But since 1978, world oil output has increased by 30%.

One example is the "digital oil field," which uses sensors throughout the field to improve the data and communication between the field and a company's technology centers. If widely adopted, it could help to recover an enormous amount of additional oil worldwide"”by one estimate, an extra 125 billion barrels, almost equivalent to the current estimate reserves of Iraq.

This is the sort of thing peak oilers conveniently ignore, Yergin contends:

As proof for peak oil, its advocates argue that the discovery rate for new oil fields is declining. But this obscures a crucial point: Most of the world's supply is the result not of discoveries but of additions and extensions in existing fields. When a field is first discovered, little is known about it, and initial estimates are conservative. As the field is developed, more wells are drilled, and with better knowledge, proven reserves very often increase substantially. A study by the U.S. Geological Survey found that 86 percent of oil reserves in the U.S. were the result not of what was estimated at the time of discovery but of revisions and additions from further development.

If I understand this debate correctly, peak oilers will retort that these "additions" and "extensions" merely delay the hard reckoning. Yergin's book (and the massive coverage it is sure to receive) will be lighting up the peak oil boards these next few days and weeks. Let the fireworks begin!