That is the wickedly clever title of a post by Kevin Folta, a plant geneticist at the University of Florida, in Gainsville. To make his point, Folta, as he says on twitter, uses logic "borrowed from the anti-GMO crowd." That would be logic like this:

Is it a coincidence that autism has risen since GMOs have been introduced in the US diet?

That's from Jeffrey Smith, a purveyor of the worst kind of fallacious, anti-GMO fearmongering. His views are so fringe that he wouldn't be worth mentioning, but alas, he's been legitimized by popular media personalities, such as Amy Goodman and and Dr. Oz. (Incidentally, The New Yorker has recently published a must-read profile of Oz by Michael Specter.) So the notion that GMO foods are somehow linked to everything from organ damage to autism has gotten wide play. Never mind, as Folta says in his post, that "there is no legitimate causal relationship between biotechnology and human disease or disorders." I know, I know: Who cares?

To be on the safe side, let's just label those frankenfoods. Enough already. Even Grist, that open-minded, pro-science bastion of environmental news, asks:

Want to be able to tell the difference between a natural fish and a genetically engineered frankensalmon in the dystopian food future?

Well, now that you put it that way... 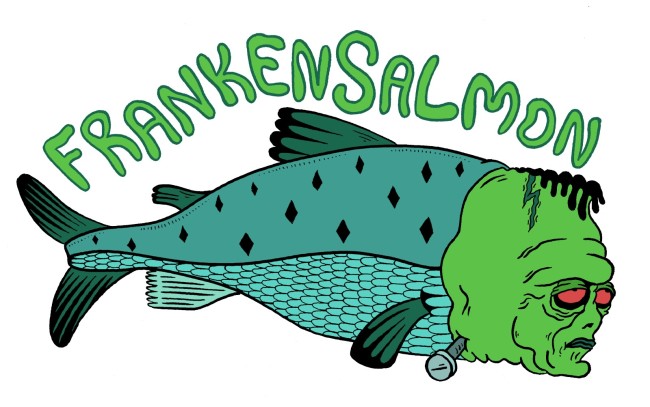 EnvironmentAs the Arctic Continues its Meltdown, Economic Exploitation Quickens
Recommendations From Our Store