One-Fifth of China's Air Pollution From Exports Drifts Back to the U.S. 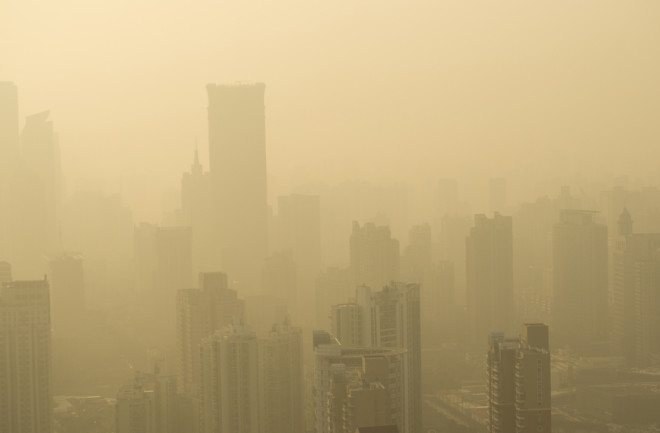 China has met harsh criticism for its air pollution as of late, but now scientists have quantified just how much of that pollution comes from industry outsourced from other countries. And, in a kind of environmental karma, the numbers show that a lot of China's air pollution makes its way back to the western U.S.

Nine scientists spent the last two years combing through economic and emissions data and found that a good fraction of China's air pollution comes from the manufacture of products destined for export: 36 percent of anthropogenic sulfur dioxide, 27 percent of nitrogen oxides, 22 percent of carbon monoxide and 17 percent of black carbon. This means that other countries, like the Unites States, are essentially sending their pollution production overseas. And some of the consequences are just now becoming, er, clear.

In the U.S. in recent years, for example, a good chunk of the manufacturing sector has gotten cleaned up and/or sent abroad, so air quality, especially on the East Coast, has improved. But much of that manufacturing---and the pollution that comes with it---was outsourced to China. Some of that pollution is now coming full circle, wafting over the Pacific Ocean on winds called "westerlies" all the way to the West Coast of the U.S.

The study, published in Proceedings of the National Academy of Sciences, shows that about 21 percent of China's export-related pollution makes its way to the States.

The L.A. Times sums up the problem:

While the United States has reaped some of the benefits of outsourcing---cheaper cellphones, televisions and appliances and big declines in air pollution---rising emissions in China have paralyzed cities there with severe smog. The paper is a reminder that U.S. demand for cheap imports from China has a way of blowing those environmental problems back at us, said Steve Davis, an Earth system scientist at UC Irvine and co-author of the study. “It’s sort of a boomerang effect,” he said.

In the city of Los Angeles, as well as valleys and basins in the western U.S. where the pollution tends to pool, the researchers found that residents experience on average one extra day a year that violates national ozone standards. But since the West Coast is less densely populated than the East, there are fewer Americans exposed to dangerous pollution levels today than when manufacturing of American-consumed goods was largely on domestic soil.

And while the quantity of pollution reaching the western U.S. is sizable, it doesn't compare to the amount of pollution the U.S. itself produces. As described in The New York Times,

The amount of air pollution in the Western United States resulting from emissions from China is still very small compared with the amount produced by sources in the United States that include traffic and domestic industries.