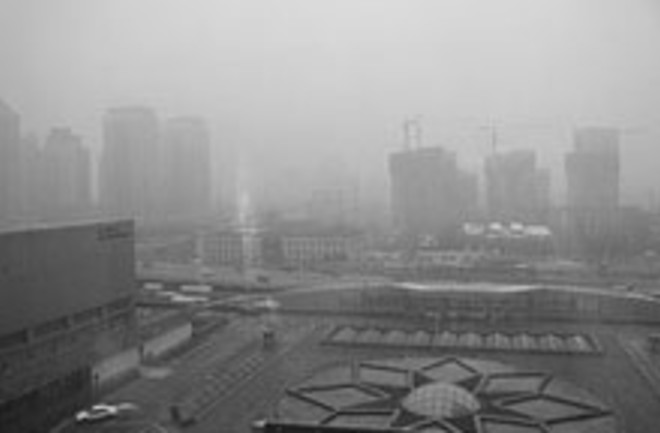 With less than a month to go before the opening ceremony for the summer Olympics in Beijing, athletes are still worrying about what effect the city's famously polluted air will have on their performances. Doctors say that endurance athletes, such as marathon runners and long-distance cyclers, will be most at risk if they compete on smoggy days.

"Marathon runners take about 40 to 50 breaths per minute and there is a real need for oxygen to be transported to the muscles. In normal conditions oxygen makes up about 21% of the air, if that's compromised, because the very complex transport process in the lungs is compromised, there will be less oxygen getting to the muscles. Add in the heat and the humidity and there could be some major implications," says [sports doctor John] Brewer [BBC News].

The Chinese government has promised that it would reduce smog levels during the games to meet World Health Organization standards for air quality, and has imposed a host of restrictions for the summer.

Beijing will ban cars on alternate days from July 20, depending on whether their license plates end in odd or even numbers [Reuters]. The government has also ordered factories around Beijing to slow their production until the games end in late August.

But many athletes are not planning to take their chances with the Beijing air. To avoid any smog-related ailments, most of the Australian track and field athletes will not march in the opening ceremony Aug. 8 and will remain in Hong Kong to train until the meat of their schedule begins Aug. 15. Similarly, the entire British team will train in Macau until those athletes are called upon to compete. Both locations are about as far from Beijing as New York City is from Miami.... Haile Gebrselassie, an asthmatic Ethiopian favored to win a second straight gold medal in the marathon, has decided to skip the 42-kilometer event and run only in the less taxing 10,000 meters [Philadelphia Daily News].

For more info on what smog does to an athlete's lungs, check out the DISCOVER article, "The Smoking Torch."