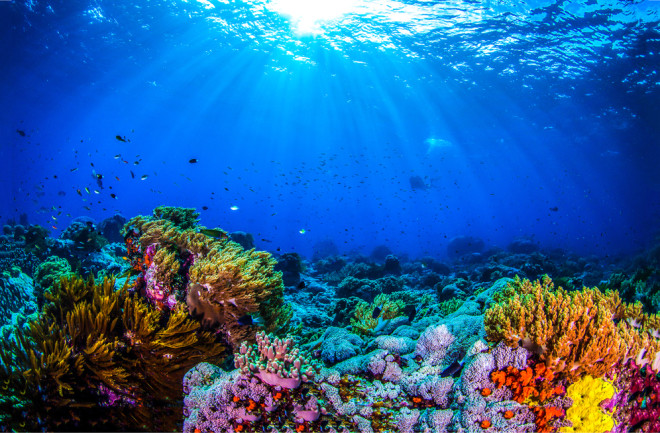 Mustard hill coral (Porites asteroides) When the Deepwater Horizon oil rig blew in 2010, it spewed some 200 million gallons of oil into the Gulf of Mexico. In order to break up the slick, another 1.84 million gallons of dispersant was added to the mix. This one-two punch of toxic chemicals devastated coastal ecosystems [pdf], but how would such a chemical bombardment affect underwater ecosystems like coral reefs? According to a new study, the picture is no prettier. Researchers at the Mote Marine Laboratory in Florida tested the effects of Deepwater Horizon-type oil and the dispersant used to clean it up, Corexit® 9500int, on coral larvae in the lab to replicate what may have happened following the spill. Larvae colonize reefs by sampling a surface, sticking to it and then changing into a polyp to get growing. They do this based on chemical cues in the water. Adding oil and dispersant, it turns out, severely hinders this sensitive settlement process. Researchers tested two kinds of coral larvae from the Florida Keys---mustard hill coral (Porites astreoides) and mountainous star coral (Montastraea faveolata). Although these species were not directly affected by the spill, their behaviors are indicative of coral larvae in general. Researchers recorded the larvae's behavior, settlement and survival rates when exposed to different combinations and concentrations of the chemicals. In the presence of oil alone, coral larvae were less likely to settle and their chances of survival were slim. When exposed to both dispersant and oil, chances of survival dropped to almost none. Reefs are already endangered, so damage that inhibits growth is especially worrisome. Lab studies like this done in advance of our next oil spill, however, may ensure that cleanup does less harm in the future.  Image courtesy of nashworld / Flickr