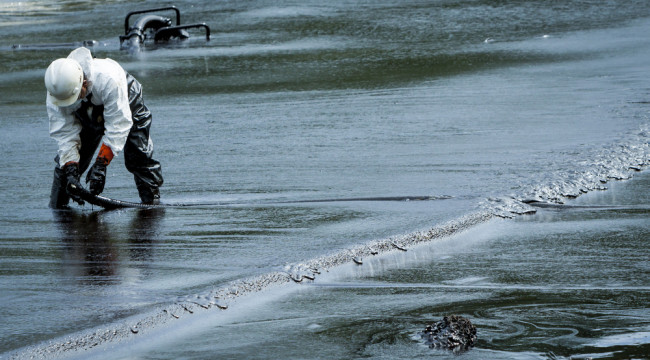 Microbes may be tiny, but their influence on the world is huge: they imbue Yellowstone's hot springs with vibrant color, help protect the lining in our intestines, and recycle nutrients in the soil. They can even break down oil — from right inside it, as it turns out. Researchers found this by studying microbial communities in water samples from Trinidad and Tobago's Pitch Lake, the world's largest natural asphalt lake (less prettily, a tar pit). They found active microbes in water droplets as small as a microliter, or about 1/50th of a drop of water, suspended in the oil. Much to their surprise, the scientists also discovered "microhabitats," complex assemblages of microbial species, degrading oil in the lake's asphalt. "We saw a huge diversity of bacteria and archaea," says Dirk Schulze-Makuch of Washington State University, a co-author of the study. "That's why we speak of an 'ecosystem,' because we have so much diversity in the water droplets."

Scientists already knew that microbes can thrive at the boundary where water and oil meet, but the discovery that they can also live within the oil opens up new possibilities for using them to clean up spills. The study, which appears this week in Science, shines new light on how life can survive in even the most inhospitable environments. The wiliness of these microbes suggests to some that life on other planets — at least at the microscopic level — may not be so far-fetched after all. "We discovered that there are additional habitats where we have not looked at where life can occur and thrive," says Schulze-Makuch.