McCain and Bush are recommending a plan for offshore drilling... Having spent much of 2006 working hard to keep it far away from Florida's coast, I cannot overemphasize that this is a miserable idea. Craig McClain sums it up well over at Deep Sea News:

First, the current supply of drilling ships will put a seven year hiatus on any offshore oil making it to the market. Second, our offshore oil reserves are insufficient to meet our consumption for more than a handful of years. These are not my opinions, not a liberal or conservative view, but rather fact. X divided by Y equals Z. It's math. 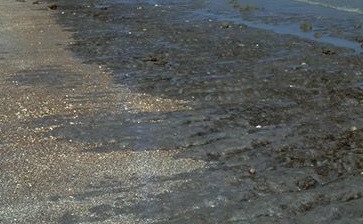 Thanks Craig. I agree that an energy plan addressing supply rather than demand will not work. Furthermore, while we generally don't want tankers colliding with manatees, there are broader socioeconomic considerations as well--like those residents and policymakers in states maintaining high revenues from tourism who probably don't want to see tarballs rolling up on their beaches.