Obama Gives $8B in Loan Guarantees to Jump-Start Nuclear Power 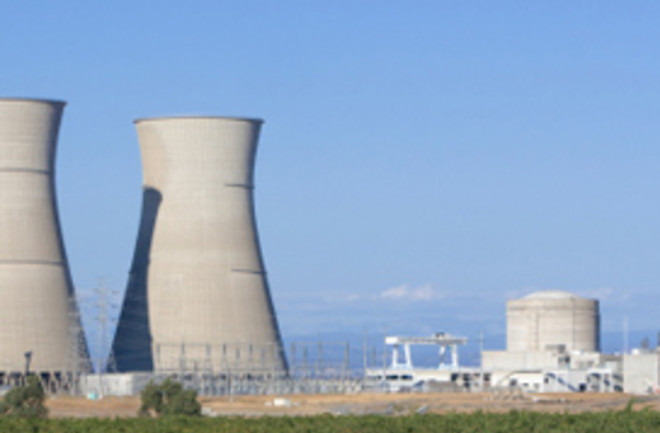 Are these the first steps to a nuclear renaissance? Yesterday the White House said it would give more than $8 billion in loan guarantees to make sure that construction of two new nuclear power plants gets under way in Georgia. If these plants go ahead, they would be the first new nuclear plants built in the country in more than three decades.

The loan guarantee is conditional. It hinges on the utility, the Southern Co., receiving a license from the US Nuclear Regulatory Agency to build and operate the new reactors. Based on the current timeline, the utility expects to receive its license during the second half of 2011, says David Ratcliffe, its chairman and chief executive officer [Christian Science Monitor]

. The two reactors would each produce more than 1,000 megawatts, and would work with two existing reactors at a site near Waynesboro, Georgia. The loan guarantees will allow Southern Co. to get massive construction loans from its bankers without assuming the risk; if the power plants aren't profitable and if the company defaults on its loans, the federal government will pay back the money to the banks instead. Despite the government support, the new Georgia reactors

are far from a done deal: their design has not yet been fully approved by the Nuclear Regulatory Commission, whose staff has raised questions about whether changes made to harden the plant against aircraft attack had made it more vulnerable to earthquakes [The New York Times].

The loan guarantees are a provision in the 2005 Energy Policy Act, installed because nuclear power backers say new projects would be too great a financial risk to go forward without government support. Energy secretary Steven Chu announced that there's more of this to come: The administration will ask for $36 billion in nuclear loan guarantees for 2011. However, ramping up the money could end up

pouring good money after bad, skeptics argue. The guarantees represent money for "a limited set of reactors from a small number of first-movers," says Ellen Vankco, a specialist on energy issues with the Union of Concerned Scientists in Washington [Christian Science Monitor]

. The announcement garnered the expected political reaction. Republicans and nuclear power advocates praised the move, while many environmentalists balked at expanding nuclear power and free-market activists balked at the spending, saying taxpayers could get stuck with the bill if projects fail. However, green groups haven't complained as loudly as one might expect, because of the political reality:

Many large conservation groups appear to be tacitly accepting the need to increase federal nuclear support -- along with offshore oil and gas drilling, another environmentalist anathema -- to attract Republican votes for a measure to limit greenhouse gas emissions [Los Angeles Times]

. And then there's the issue the Obama Administration would probably rather not talk about as it makes this nuclear push: waste. Given the litany of the problems with the proposed Yucca Mountain waste storage site in Nevada—transporting waste across the country, the possibility of a fault line running underneath it, and so on—Obama axed the idea of using it. With no viable alternatives, all that's left is continuing to store on site.

Currently, 70,000 tons of radioactive waste are stored at more than 100 nuclear sites around the country, and 2,000 tons are added every year [CNN]