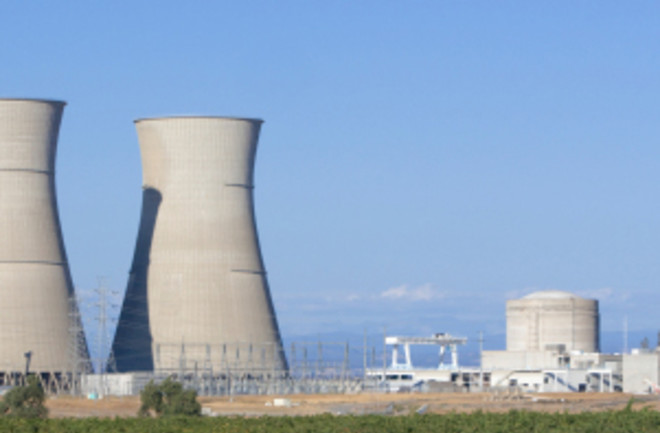 In December 20, 1951, just outside the tiny town of Arco, Idaho, four 100-watt lightbulbs strung on a single cord flickered to life and then glowed brightly, becoming the first appliances ever powered by nuclear energy. The small group of scientists watching, employees of the Idaho National Laboratory (INL), toasted to a future powered by the splitting of atoms.

It would be a dream deferred. Nuclear power stalled in America amid highly publicized accidents and concerns about radioactive waste. But scientists at the INL quietly soldiered on, and now the tide may be turning: The imperative to limit greenhouse-gas emissions is sparking an atomic renaissance on the very site of nuclear energy’s birth.

Buoyed by an allocation of $1.25 billion in funding for reactor research from the 2005 Energy Policy Act, INL scientists are working to improve safety, boost efficiency, minimize waste, and decrease cost in a new generation of nuclear reactors. Even if renewable energy goes mainstream, INL researchers still believe nuclear will be essential for supporting the electrical grid’s base load—that portion of the nation’s electricity that must be supplied at a constant rate, in contrast to the variable supplies from the sun and wind. “Nuclear is the major base load–producing energy source that could reduce greenhouse-gas emissions,” says Kathryn McCarthy, INL’s deputy director for nuclear science and technology.

Unlike burning coal or other fossil fuels, fission—the breaking apart of atomic nuclei, the process underlying nuclear energy—emits no carbon dioxide. A nuclear reactor generates power from a cluster of fuel rods inside its core, each filled with uranium oxide. Every time an incoming neutron bombards one of the uranium atoms, the atom splits in two, expelling energy and releasing more neutrons, which in turn collide with other atoms and establish a chain reaction. The cumulative heat from this process boils water into steam, which spins a turbine to create electricity.

The fission of an atom of uranium is 10 million times as potent as burning an atom of carbon from coal, making nuclear power efficient and inexpensive—in principle, at least. The average cost of generating nuclear energy in the United States was less than two cents per kilowatt-hour in 2006, according to the Atlanta-based utility data provider Ventyx, which puts it on par with coal. Critics like Rocky Mountain Institute cofounder and chief scientist Amory Lovins dispute this apparent parity, arguing that the price of nuclear energy would increase if more plants were built. The current cost of delivering nuclear-generated electricity is low in part because many plants were paid for long ago, Lovins notes.

Nuclear’s day-in, day-out reliability makes it an essential companion to renewable energy, argues Burton Richter, winner of the 1976 Nobel Prize in Physics. “The sun doesn’t shine at night, and wind power is highly variable,” he says. “To meet our emissions goals, we’re going to have to grasp every arrow in the quiver, and nuclear is one of those arrows.”

Before that can happen, though, nuclear power will have to overcome the unresolved issue of how to dispose of radioactive fuel waste. In February President Obama deep-sixed the government’s long-standing plan to bury waste at Nevada’s Yucca Mountain after opponents argued that the strategy was too risky. “Now it’s time to start over and find a viable way to deal with used nuclear fuel,” says Patrick Moore, chief scientist at the sustainability consulting firm Greenspirit Strategies and a cofounder of Greenpeace. But finding an alternate solution could take years, and some observers concerned about nuclear waste’s effects on human health do not want to plunge ahead in the meantime. “I think there’s a solution out there; I just don’t think we’ve landed on it yet,” says Mary Woollen, executive director of the nonprofit group Keep Yellowstone Nuclear Free. “It’s foolhardy to ramp up the scale of nuclear power before the waste issue is resolved.”

That is exactly what the INL scientists are aiming to do, however, confident that their work is essential to the planet’s well-being. Their efforts focus on two new designs: the very-high-temperature reactor (VHTR) and the sodium-cooled fast reactor (SFR). Both incorporate inherent safety features to prevent core overheating and the release of radioactive material. The hope is that these new approaches will finally erase the memory of Three Mile Island and Chernobyl and eliminate some of the political opposition that has stymied the American nuclear power industry for three decades.

The VHTR, which is still in the planning stage, has a reactor core made of graphite, a substance that remains strong and stable even at high temperatures. Helium gas cools the reactor and transports heat to outside the core. The reactor uses uranium dioxide fuel particles that are also coated with graphite so they will not crack and release fission products even in extreme heat. As a result, VHTR plants will be able to heat helium to a temperature of up to 1000 degrees Celsius (1800°F)—nearly three times as high as existing reactors can go. The heat from the helium can then be used to create steam to drive a turbine. Unlike reactors of the Chernobyl type, the VHTR has a negative temperature coefficient, meaning that as the core temperature rises, nuclear reactions inside naturally begin to slow down. This feature ensures that the reactor never approaches a temperature that would trigger a meltdown. “No matter what humans do wrong,” McCarthy says, “if anything abnormal happens, the plant will shut itself down.”

The VHTR should produce electricity about 40 percent more efficiently than do most reactors in the United States. The heat it generates would also be useful for nearby industrial plants. VHTR plants could even produce hydrogen for fuel using high-temperature steam electrolysis, which breaks apart the bonds of water molecules; this process is 50 percent more energy-efficient than existing hydrogen production methods. In 2005 the Department of Energy authorized INL to build a VHTR plant. The prototype should be completed sometime between 2018 and 2021.

But first the INL team must surmount a slew of technical obstacles. For instance, hardy new alloys may be necessary to protect some surfaces inside the reactor. “Right now, materials don’t always exist to go with the kinds of temperatures and pressures they are talking about,” Richter says. Even if such materials are found, he adds, they might add millions of dollars to the still-unknown cost of constructing a VHTR power plant.

The competing SFR design banks on a novel fission concept: bombarding uranium atoms with neutrons of much higher energy than those used in a tradi­tional nuclear plant. This concentrated atomic assault allows the reactor to extract 100 times as much energy from uranium fuel as do current thermal reactors, which use less than 1 percent of the fuel’s potential energy. The SFR can also burn spent nuclear rods from other reactors and depleted uranium left over from the uranium-enrichment process, putting a serious dent in the nuclear waste problem. Scientists from the industry’s professional group, the American Nuclear Society, estimate the energy an SFR plant could coax from these by-products would be enough to supply all of America’s needs for more than 100 years. Reburning spent rods in an SFR also reduces their radioactive decay time; the resulting waste would have to be sequestered for only a few hundred years instead of several thousand.

Unfortunately, the sodium used to transfer heat out of the core in an SFR plant is a mixed blessing. Liquid sodium is an ideal coolant in that, unlike water, it does not impede the movement of fast neutrons. It also improves safety because it works under normal atmospheric pressure. But liquid sodium is opaque, making it hard for reactor operators to monitor heat transfer. To compensate for this difficulty, INL researchers are developing computer simulations that model the way liquid sodium acts inside a fast reactor.

A few early-model SFRs have been around for a while: Idaho’s low-power, experimental EBR-II operated for 30 years, and Russia’s 29-year-old BN-600 is still running. However, INL does not want to roll out a new prototype until researchers have finished refining the computer models. This may mean that an improved SFR plant will not appear for another 10 or 20 years.

Such a lengthy timeline, combined with hefty up-front costs and lingering public skittishness, suggests that next-generation nuclear faces an uphill battle. Current designs could cost up to $10 billion to build; new ones are likely to be even more expensive. Energy companies are reluctant to commit such sums until they are sure that the upgraded designs deliver on their promise. “We need a demo plant—that’s really what’s holding the industry back,” says David Petti, an INL technical director. “The end users have basically told us, ‘We’ll be first in line for the second plant.’”

Even if INL can persuade energy companies to sign on, long construction times guarantee that the nuclear renaissance will be gradual. “These new reactors won’t come into broad use until the second half of the century. So for the next 50 years, we are going to be relying on the current generation,” Richter says.

Maintaining today’s nuclear plants will require finding a practical, safe, and politically palatable way to dispose of waste. “As to spent fuel, love it or hate it, we have it,” Richter says. “We have 60,000 tons of it from reactors that are now running.” A refined SFR design could eventually mitigate the waste issue because of the reactor’s ability to burn spent fuel, but even in a best-case scenario, the reused fuel would retain unsafe levels of radioactivity for several centuries. The nuclear industry will also have to address widespread fears about the reactors themselves. Insiders claim that today’s nuclear plants are far safer than many people realize. After all, no one has ever died in a commercial nuclear power accident on American soil; in contrast, emissions from fossil-fuel plants kill 24,000 Americans each year, according to a 2004 report commissioned by the Clean Air Task Force, an environmental group. But in the post-9/11 mind-set, nuclear plants loom as potential terrorist targets and as possible sources of raw material for nuclear weapons.

George W. Bush was supportive of INL’s nuclear research, but so far it is not clear if the Obama administration shares that enthusiasm, McCarthy says. Still, the threat of climate change has once-skeptical environmentalists like Greenspirit’s Patrick Moore—along with environmental icons like Stewart Brand and James Lovelock—throwing their support behind nuclear energy. “I think the environmental movement made the mistake of lumping nuclear energy in with nuclear weapons,” Moore says. “It’s clear to me that no technology will do more than nuclear to reduce our use of fossil fuels.”

In its efforts to develop safer, cheaper, and more efficient nuclear reactors, the Idaho National Laboratory has researched half a dozen next-generation reactor designs; these two (the sodium-cooled fast reactor and the very-high-temperature reactor) are the most promising. Both are configured to exploit the laws of nuclear physics to make a meltdown impossible, even in the face of an engineering failure or operator error. Whether or not either design is practical is still unknown.