It's a rock climbing haven and home to some of the country's best whitewater rafting. 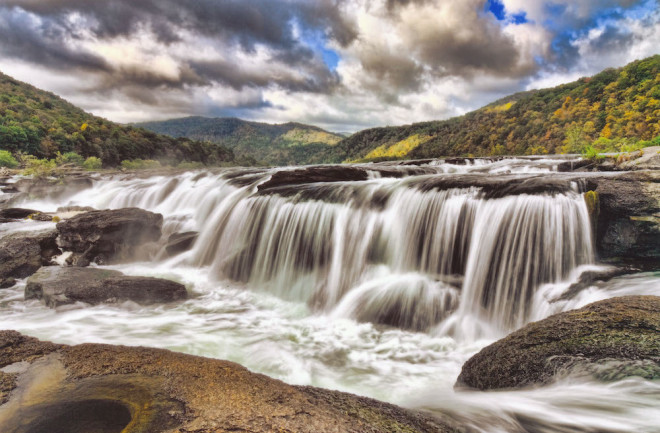 For West Virginia, a big surprise was tucked inside this winter’s $900 billion COVID-19 federal stimulus bill: New River Gorge became the 63rd U.S. national park, and the first national park in the state. The river, or “The New” in local vernacular, is already a haven for outdoor enthusiasts — ideal for hiking, fishing, rafting, rock climbing and camping — and attracts nearly 1 million annual visitors.

The river is believed to be one of the oldest in North America. For centuries, it played a key role for Indigenous tribes, though, according to legend, some called it the “river of death.” Later, the waterway supported the coal mining industry, which became a backbone of the West Virginia economy in the late 1800s.

That mining history includes a controversial method still used today called mountaintop removal, in which companies use explosives to blast mountain peaks and access coal deposits. The practice has had devastating environmental and health impacts, damaging over 2,000 miles of streams. One 2011 study found twice as many cases of cancer in people in a mountaintop mining community, compared to a similar non-mining community in West Virginia.

The park designation could signal an economic shift toward recreation in the Mountain State, veering away from coal and the environmental scars in its wake. New River Gorge National Park and Preserve is home to some of the country’s best whitewater rafting and more than 1,400 rock climbing routes on sandstone cliffs. Seasonal visitors also find more than a thousand vibrant plant species and summer fireflies flickering above the chilly river water.