With people, vehicles and all the commotion absent, some species might demonstrate just how much more space they actually need. 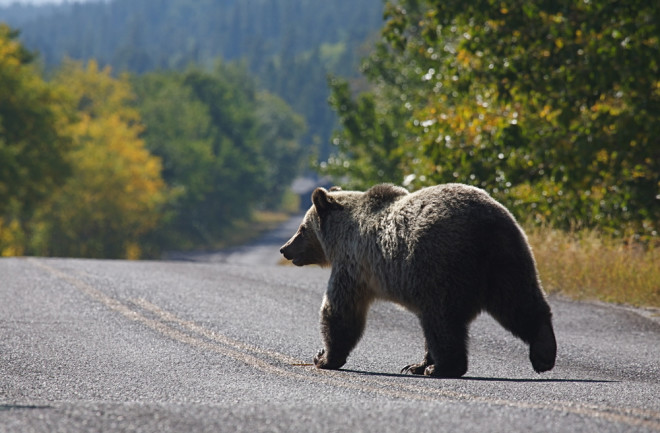 Humans might be stuck at home, but at least the year-round residents of national parks are free to roam more than usual.

From bears in Yosemite to lions in Kruger National Park in South Africa, wildlife living in these protected ecosystems are moseying into places normally filled with humans and cars.

As strange as it might be to see bears lumbering down roads they normally avoid, it’s not too surprising they’re taking advantage of the empty spaces, says Tony Clevenger, a wildlife crossing researcher at Montana State University. “As you get people off trails and reduce the amount of human activity and movement in some of these rural-urban areas, wildlife really seem to key into that,” he says. And depending on how much these animals’ habits change — and how much they seem to benefit from having more space to themselves — park management might look different once humans are allowed back in.

The past few years have seen a record-setting number of National Park visitors. In 2016 alone, nearly 331 million people entered these vast tracts of land that we tend to think of as “wilderness.” This matters, as the animals in these parks might be changing how they behave when we’re around, says Kaitlyn Gaynor, who studies human-wildlife interactions at the National Center for Ecological Analysis and Synthesis at the University of California, Santa Barbara.

For one thing, the 5,000-plus miles of road running through all U.S. National Parks can break up habitats and make it harder for animals to reach new mates, food sources or shelter. The noise we make can disrupt breeding and feeding. Gaynor’s own research has found that some mammals may even be pushing more of their activity into the nighttime because of human behaviors — including those as seemingly benign as hiking. Gaynor says she wouldn’t be surprised if some animals start to adjust their schedules now that people, and the stressors they come with, aren’t in their habitat anymore.

Some species could have a harder time making these adjustments than others, though. Small prey might avoid roadways no matter how many people are around, since any unforested, open area puts smaller species at risk of being spotted by predatory birds, Clevenger says. But bears or other large animals might take advantage of an empty thoroughfare, since carnivores already take advantage of human-made hiking trails to get around, says Gaynor.

This is a particularly good time of year for bears to feel free, which the conditions inside Banff National Park in Canada illustrate well. After emerging from their dens, bears look to bulk up on springtime foods. In Banff, that means the species heads for the sunny, south-facing slopes in their territory — but May and June would typically bring tourists wanting to enjoy the same hillsides. That can lead to conflict and, inevitably, the removal of bears from the population, Clevenger says. Banff bears often have to cross a two-lane highway cutting through the park to reach these beloved fields. With the park closed for the time being, the bears have fewer humans and cars in their way of a quality meal. “It’s truly a good thing — certainly for bears and, I would think, for other species as well,” Clevenger says.

Once people come back, there could be a steep learning curve for wildlife. After all, “once shelter-in-place orders get lifted, the animals are not going to be notified right away,” Gaynor says. There might be an uptick in the amount of human-wildlife conflict until animals relearn to stay away from the same places they used to avoid, she thinks.

Most wildlife biologists didn’t have time to set up experiments to specifically track wildlife behavior during the pandemic. But previously set motion-activated cameras and GPS tracking collars are still collecting data, Gaynor says, and she knows biologists already thinking of how they might analyze the information coming in during these strange new circumstances.

If wildlife in places like national parks really thrive during this period, then parks might consider permanently reducing how much of the ecosystems humans have access to. The booming number of park visitors in the past several years has become what Clevenger considers the primary conservation concern for these habitats. It seems inevitable that growing crowds of visitors will push parks to close off regions most important to certain species’ survival, he says. “Otherwise, we have disturbance all over the landscape and no areas of recovery.”

As tragic as the situation is, months of human-free activity in these “wilderness” areas might reveal strategies to improve conditions for animals dependent on our national parks to survive. At the very least, pictures and headlines of animals getting comfortable is a reality check for us humans, Gaynor says. “It is always a good reminder that we share the planet with other species.”