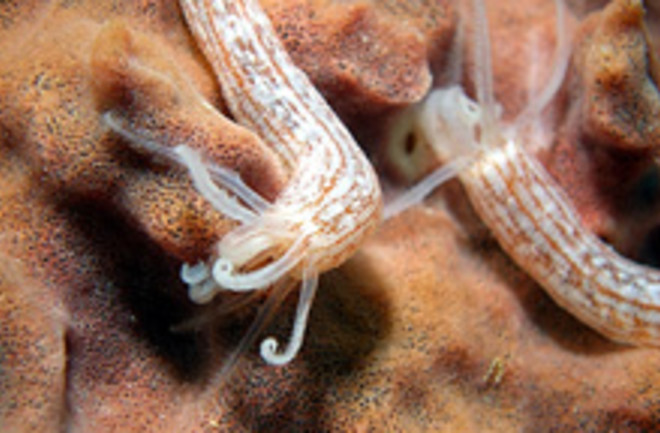 As if cow burps weren’t enough to worry about as the earth’s atmosphere heats up, scientists have now discovered that aquatic animal belches might be another source of greenhouse gas emissions. When nitrate is present in water, worms, mussels, freshwater snails and other underwater creatures emit nitrous oxide as a by-product of digestion. The animals obtain their food from soil, which contains bacteria that survive "surprisingly well" in the gut and are thought to convert nitrate in the water into nitrous oxide gas. While nitrous oxide is known for its use as dentists' laughing gas, it's also 310 times more effective at trapping heat in the atmosphere than carbon dioxide. Earthworms also emit the gas because of soil rich in both nitrogen and the microbes that convert it, but the new study illustrates that marine mammals may be pumping it out as well. The blame, however, lies not with the little guys underwater, but with rising levels of nitrate pollution—which can be traced, in large part, to fertilizer runoff. Although quantitative date is not yet available, the current impact on global warming is likely minimal compared with other causes of climate change, but it is something scientists feel can become "seriously detrimental" if nitrate pollution does not slow down. Related Content: Disco: Kangaroo-ifying Cows to Fight Global Warming Disco: Scientists Build Fake Burping Cows to Study Methane Emissions DISCOVER: 10 Ways Methane Could Brake Global Warming—or Break the Planet