For 8,000 years, midwestern forests expanded and diversified, but humans destroyed it in just 150 years. 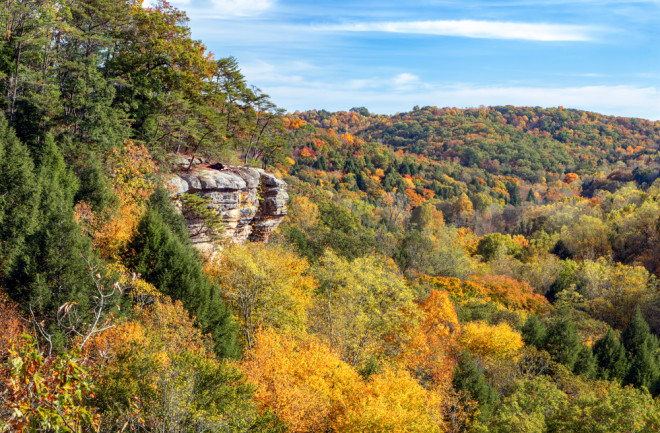 Carbon dioxide is a killer. It traps heat and is the biggest contributor to climate change. But not all CO2 stays in the air. Plants suck it out of the atmosphere when they photosynthesize. Today, vegetation stores about 25% of our carbon emissions.

A new study published in Science estimates that forests in the midwest doubled their carbon storage capacity in the 8,000 years preceding the industrial age. The researchers hope that reconstructing historical vegetation can help to model future climate change and inform mitigation measures.

The researchers modeled forest composition for the last 10,000 years — a period known as the Holocene. This period began after the last major ice age and continues to this day. It is painstakingly difficult for researchers to characterize ancient forests, but these estimates are vital for understanding how nature pulls carbon out of the atmosphere.

Right after the ice age ended (10,000 years ago), the forests contracted from a hot and drying earth. But since then, they expanded slowly and steadily. The model revealed that the region accumulated 1.8 trillion kilograms of carbon over 8,000 years. That’s doubling the carbon storage during that period.

Forest composition changed, too. Large, long-lived trees like American beech and eastern hemlock thrived, packing a high density of carbon into the vegetation.

Based on the model, carbon storage should have expanded through the 19th century, just as it had for eight millennia prior. However, when the industrial revolution arrived, humans razed forests for logging and agriculture. The carbon sink disappeared in just 150 years.

The study highlights the unsustainable rate of human change. Deforestation released carbon from the forests at a rate that’s 10 times faster than it accumulated.

But the researchers also hope that the findings can fight climate change. By preserving and restoring old-growth forests, land managers could mimic the natural carbon storage process that was at work during the Holocene.