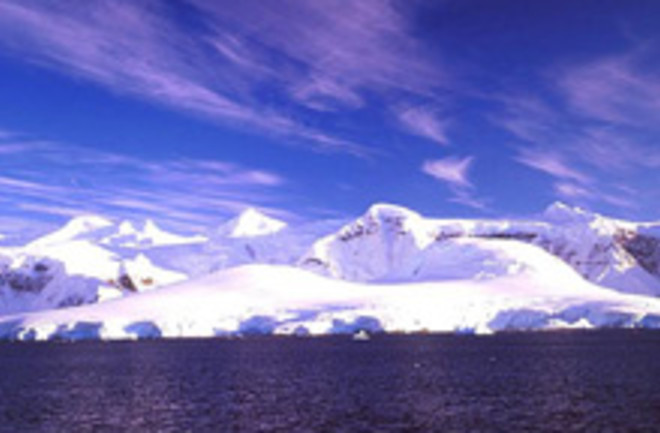 If global warming melts the West Antarctic ice sheet, the thick slab of ice that covers an area the size of Texas, the situation for coastal dwellers around the world may not be as dire as previously estimated. A new study, which has sparked some debate, suggests that the water released by West Antarctica's melting glaciers would raise sea levels by about 10 feet, not the 15 to 20 feet that had previously been predicted. While the results sound like good news, Antarctic experts

and the study’s lead author, Jonathan L. Bamber of the Bristol Glaciology Center in England, agreed that the odds of a disruptive rise in seas over the next century or so from the buildup of greenhouse gases remained serious enough to warrant the world’s attention [The New York Times].

They also note that some regions would also experience a larger surge in sea levels than others.

"Sea level rise is not uniform across the world's oceans, partly as a result of disruptions to the Earth's gravity field," explained Professor Bamber. "It turns out that the maximum increase in sea level rise is centred at a latitude of about 40 degrees along the Atlantic and Pacific seaboards of North America." This would include cities such as San Francisco and New York [BBC News].

Bamber explains that the

world has three ice sheets, Greenland, East Antarctica and West Antarctica, but it is the latter that is considered most vulnerable to climatic shifts. "It has been hypothesised for more than 30 years now that the [West Antarctic ice sheet] is inherently unstable.... This instability means that the ice sheet could potentially rapidly collapse or rapidly put a lot of ice into the oceans" [BBC News].

But in his new study, published in Science, Bamber examined the underlying topography of West Antarctica, and suggests that not all of the ice sheet will collapse. Only those parts that are attached to bedrock below sea level will go, Bamber argues, as warmer ocean water seeps down and melts the glacier where it connects to the rock, allowing the entire mass to slide towards the ocean.

Those parts of the sheet grounded above sea level or on bedrock that slopes upwards would remain in place [Scientific American].

not all glaciologists think it has significantly changed the planet's immediate prognosis. "The crucial question is how much ice could be lost in the next 100 to 200 years, and Jonathan's work has not really changed that," says David Vaughan of the British Antarctic Survey. Most predictions, he says, put global sea-level rise in the coming century at around 1 metre (three feet) – but more will follow [New Scientist].